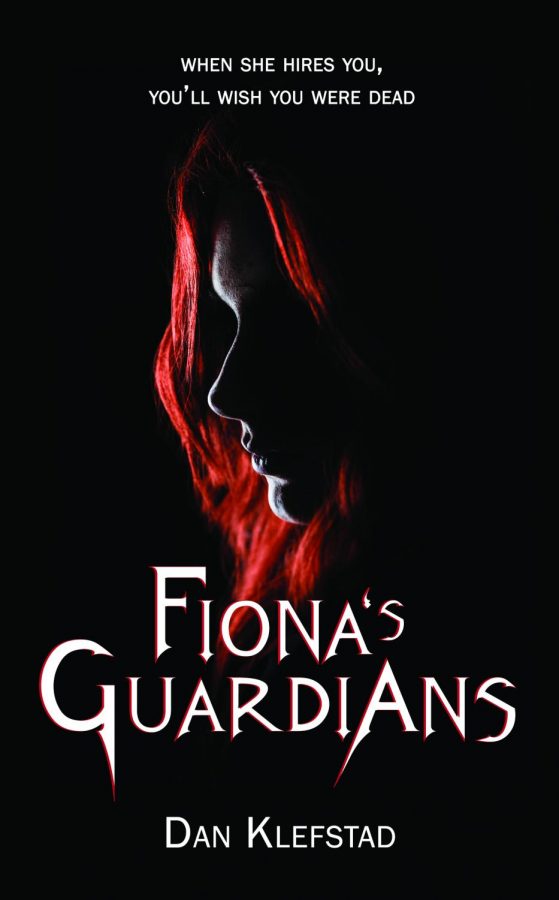 DeKALB – Northern Public Radio’s Dan Klefstad, the host of the Morning Edition and content manager, has revealed himself to not only be a successful radio host, but a best-selling author as well. His latest supernatural novel, “Fiona’s Guardians,” has become popular among horror fans with strong sales in the United Kingdom and in the United States.

Published on Oct. 2, Klefstad said the book’s description on Amazon speaks for itself: “When a vampire seduces you, death is minutes away. When she hires you, you’ll soon wish you were dead.”

The book tells the story of the titular vampire who hires guardians, including one named Daniel, to steal blood from hospital workers to satisfy her thirst for blood, Klefstad said. The novel is told from multiple viewpoints of the different guardians, with Fiona getting a few chapters through her eyes as well.

“Fiona’s Guardians” spawned from Klefstad’s love for gothic horror, and he hopes that fellow gothic fiction fans will gravitate to this book; however, there has been positive feedback from reviewers who normally don’t love vampire novels, Klefstad said.

“The pace is perfect,” reviewer Sven Skupien wrote on the book’s Amazon page. “The characters are real and relatable. You empathize with each of the narrators as they spin the tale of Fiona and her protectors from their own perspectives: fellow creatures, hunters and those aforementioned protectors. In short, this book is a wonderful spin on a genre badly in need of a wonderful spin.”

After publishing a book in 2016 titled “Shepherd & The Professor,” Klefstad said he was looking for something different to write. As a lifelong horror fan, he was intrigued by a story about vampires, mainly because so many people are attracted to the concept of these supernatural beings that can live for centuries, Klefstad said.

“As I began to read [vampire] lore, I realized that vampires worked well as metaphors,” Klefstad said. “I find it interesting to explain that there are things [in our lives] that drain our energy. Our vampires could be co-workers, family members, corporate entities taking our money, anything that drains our energy.”

The process of writing “Fiona’s Guardians” took four years from 2016 to 2020, Klefstad said. Whenever Klefstad had free time, whether it was after naps or on weekends off, he would work on the novel.

While Klefstad finds the initial drafts to be easy, the challenge of writing is revising, Klefstad said.

“Sharpening an idea into a tightly written sentence is complex,” Klefstad said. “While a book can meander, everything must have a purpose.”

Before creating a larger narrative, Klefstad published chapters of “Fiona’s Guardians” as short stories. The short stories not only gave Klefstad a chance to get used to this world he created, but also allowed readers to give him feedback before he created his novel, which he found very helpful to the writing process, Klefstad said.

“People are drawn to her because not just because she’s immortal and sexy,” Klefstad said. “She also has a strong will to survive and is very innovative because she uses these men to get blood for her.”

“I love the audience,” Klefstad said. “They are a perceptive and civically engaged population.”

“In two years, I hope to have another finished novel,” Klefstad said. “In ‘Fiona’s Guardians,’ I left the door open for a sequel. I’m looking forward to this new assignment.”

Watch Klefstad read an excerpt from “Fiona’s Guardians” on his YouTube. http:/https://www.youtube.com/watch?v=Lw87kUdX2vE&feature=youtu.be