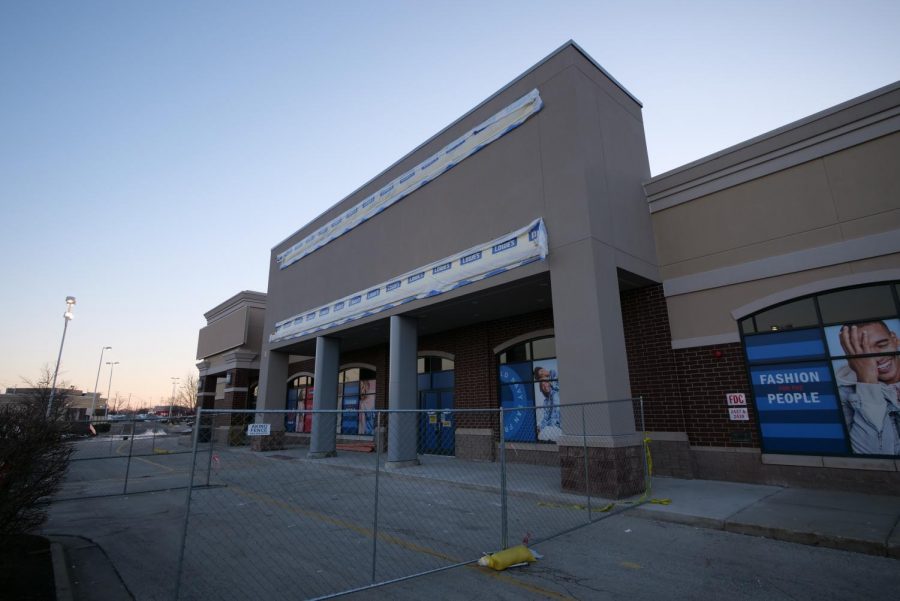 Construction for the return of Old Navy in the former Barnes and Noble space in Oakland Place has resumed.

DeKALB – Construction for the return of Old Navy in Oakland Place has resumed, and Old Navy is expected to open late April or mid-May.

“We’re thrilled to bring Old Navy’s fashion for the whole family at a great value and fun shopping experience to customers at our new location in DeKalb and are looking forward to welcoming them soon,” a Gap Inc. spokesperson said.

Originally, Old Navy, 2939 Sycamore Road, was supposed to open by September 2020, according to a February 2020 Northern Star article, but construction was halted due to COVID-19. Exterior and electrical work was done last summer, so now construction is focused on the interior, said Dan Olson, principal planner for the City of DeKalb.

Besides bringing in more sales tax to the city, Old Navy is estimated to bring 40 new jobs to DeKalb, Olson said.

“Closures in retail hit nationwide, so it’s good that Old Navy is opening back up and adding new jobs,” Olson said. “Any new retail coming is good, especially if they left before. It means they’re reinvesting in the city.”