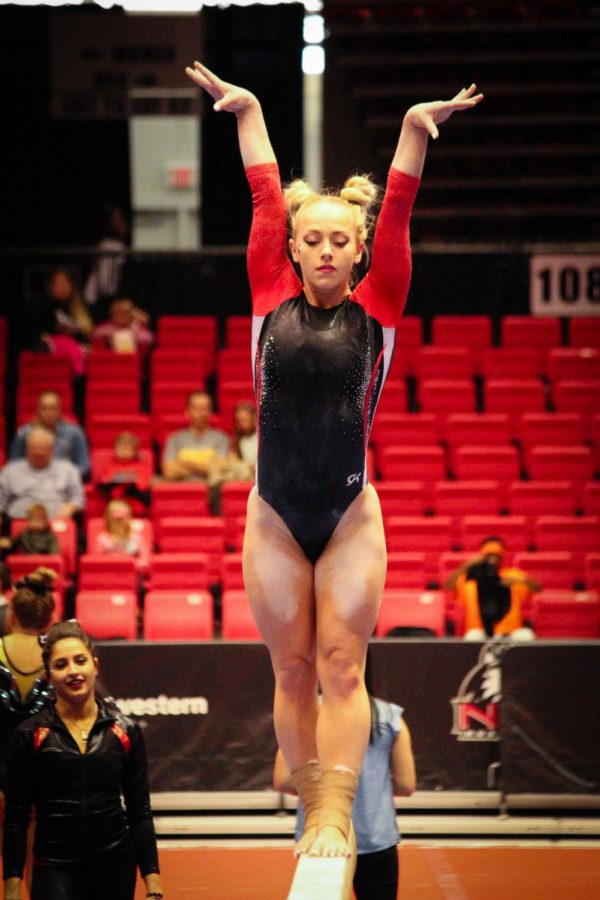 The Huskies improved their record to 4-6 on the season and closed out its home portion of the schedule at a mark of 3-2.

“We had a good day,” NIU Head Coach Sam Morreale said in a news conference Friday. “We’ve been talking about going to 195, saying we have the talent and the ability to do it, and today we actually did it. I’m definitely super-happy with the performance.”

The team set season highs on the uneven bars and balance beam rotations. The bars lineup recorded a 49.175, which came out to be the sixth-best bars score in NIU history, according to an NIU Athletics news release Friday.

Kofmehl took second in the all-around with a score of 39.275, which is her second-best all-around score of the season. Hooper posted her career best 39.100 in just her second go around in the format.

“[Kofmehl] had a great day, and for [Hooper] to go 39.1 in one of her first all-arounds of the year gave us a nice one-two punch,” Morreale said. “All the individuals that we’ve seen throughout the year stepped up again and did really well.”

The Huskies return to the floor 2 p.m. Sunday when they compete in Normal for Illinois States’ invitational. The contest can be streamed on ESPN+.