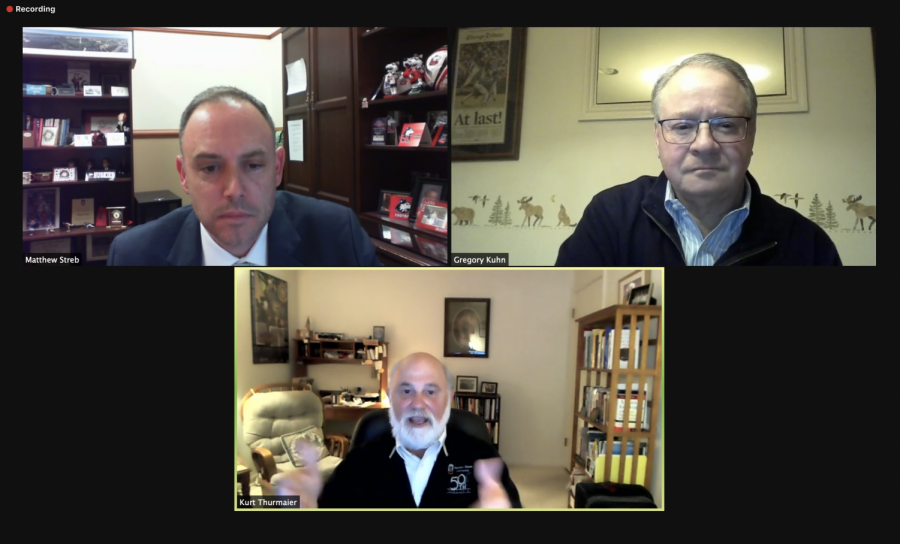 DeKALB – The consolidated elections are coming up on April 6, but early voting has already begun. In light of this, NIU experts talk about what local governments are, how they impact all residents and why students should vote.

Chief of Staff Matt Streb, moderated a panel with two political science experts to discuss why local elections matter from 7 to 8 p.m. Thursday via Zoom.

The municipal elections are nonpartisan, meaning voters do not vote for a democratic or a republican candidate. This is because, during the Progressive Era in the early 1900s,  progressives wanted to break the power of the parties over municipal services, said Gregory Kuhn, interim director for the Center of Governmental Studies.

“Whether your garbage got picked up or not depended on whether you voted for the right party,” Kuhn said. “The progressives said, ‘To hell with this, we should not have to be identified for voting on a party basis to get good, clean municipal services.’ It was an anti-corruption movement to get rid of this really difficult period.”

Kuhn ensured that local government has touched most people’s lives on a day-to-day basis.

“If you brushed your teeth, took a shower, did laundry, flushed the toilet, walked out of your house and stepped on a sidewalk, drove a car or took a bus; if you saw a snowplow or heard a fire truck go by, all of that is local government,” Kuhn said.

The local government is also primarily responsible for economic development and creating jobs in the community, said Kurt Thurmaier, chair of the Department of Public Administration.

“This affects two things: the income that is in people’s pockets in that town, and tax revenues – especially if you bring in businesses that bring property value,” Thurmaier said.

For the last 20 or 40 years, the national and state government has put more and more responsibilities for delivering services in the hands of local governments, Thurmaier said.

This is seen during the current pandemic as well.

If people’s basic needs are not met due to a lack of local government regulation, then that is what people are going to worry about before they move onto bigger issues, Kuhn said.

“If your basic services aren’t being provided, that’s what you’re going to talk about,” Kuhn said. “You don’t have the public safety function; you don’t have the [firetruck], the ambulance; if you have bad roads, you can’t flush the toilet; you have bad water. Once people feel relatively satisfied with their basic needs, then they will move onto other issues.”