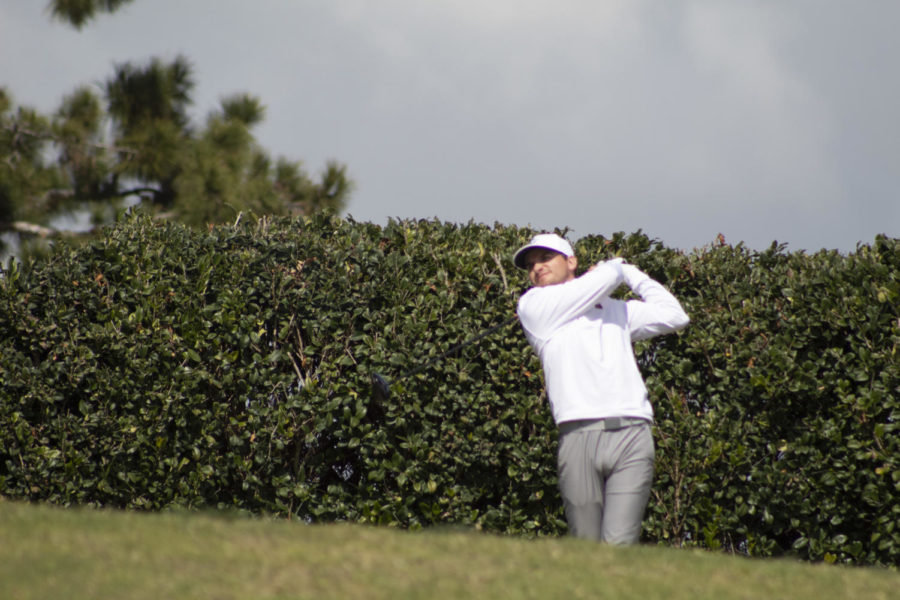 SAN DIEGO — The men’s golf team completed the final round of the Lamkin Grip San Diego Classic Wednesday on a high note, recording a final round score of six-over par as a team, and giving the team 18th place in the tournament.

Wednesday saw sophomore Luc Warnock post the team’s lowest round of the day with a one-under 71. Warnock struggled on the back-nine starting three-over before making the turn and recording two eagles and zero bogeys on the front-side of the golf course.

Junior Tommy Dunsire was the second lowest scorer for the Huskies with a one-over-par 73. Dunsire made the turn at one-under, but three bogeys on the front-nine pushed his score into positive figures for the day.

Overall the final tournament day was a strong finish compared to the first two days of competition.

“The entire team was disappointed when we finished the round yesterday,” Head Coach John Carlson said. “ (The team) brought a lot of positivity into the final round; the motivating factor today was we wanted to go out and win the day.”

The Huskies’ final round 294 was eighth among the 20 team field in the final round. Though the overall finish was not what was expected, the team still takes positives out of its inaugural trip to southern California.

“Things didn’t go as planned the first two days, but today we responded with a strong final round,” Carlson said. “It was not only our best team score of the week, but we beat some really quality teams in the field today.”

Carlson said he hopes Wednesday’s strong finish can springboard the Huskies back on track as they head back to Springfield, Missouri on March 22-23 to compete in the Twin Oaks Intercollegiate.

The team opened its season in Springfield with a dual-match against hosting school Missouri State University on Feb. 27.

At the dual event, Dunsire carded a five-under 66 at Twin Oaks while sophomore Zach Place, who made the trip to San Diego but did not compete, shot 68 on the host course.