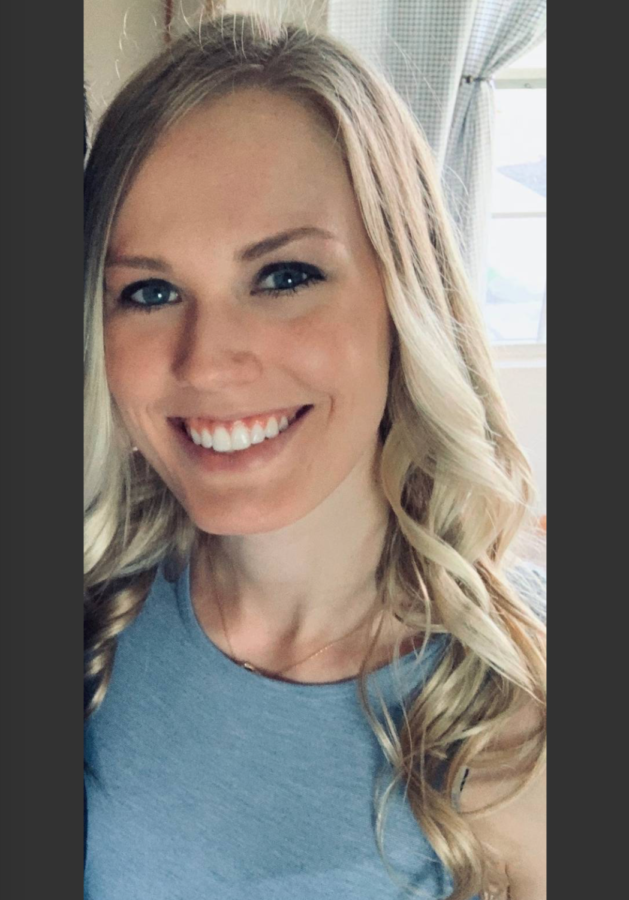 DeKALB – DeKalb teacher Maddi Bodine of Kingston Elementary School is one of 32 finalists from a field of 708 nominations statewide for the Golden Apple Award for Excellence in Teaching.

“Every year since 1986, Golden Apple has selected master teachers to receive the prestigious Golden Apple Award for Excellence in Teaching,” according to Golden Apple’s website.

Bodine, an early childhood education teacher, said she doesn’t know who nominated her for the award, but she would like to thank them.

She said she started the application process when she was notified of her nomination.

Erin Territo, a classroom aide at Kingston Elementary School, said the school announced Bodine as a finalist for the award in one of its write-ups.

“I was shocked,” Bodine said. “I was shocked to be nominated at all and then to realize that I was a finalist.”

Bodine said one of the questions on the application for the Golden Apple Award asked how she responded to diversity in the classroom.

She said her master’s degree at NIU was what prepared her to help students who could not read and write, especially students who were not native English speakers.

“With my degree from Northern, I learned different strategies that I can use to support my students as they were learning,” Bodine said.

Amy Walker, an education support personnel, said Bodine is very enthusiastic and always trying her best with her students.

She said her life was quite different than it is now with the COVID-19 pandemic and virtual learning.

“I taught during the day, and then I had classes at night on campus, and then some of my classes were also online,” Bodine said.

Bodine had intended to only get a certificate from NIU in ESL teaching; however, she soon realized she wanted to get her master’s degree.

“I really enjoyed what I was learning,” Bodine said. “Learning about literacy and how to help students, as they’re learning English.”

Bodine said she always wanted to be a teacher. She wanted to work in special education after an experience she had in high school while working as a day camp counselor at the Kishwaukee YMCA.

“During the summer, we had some campers who had special needs,” Bodine said. “That was really like my first exposure working with kids with special needs, and so after that experience, I thought ‘this is what I want to do; I want to teach special ed.’”

“Maddi is the one who finds their strengths, their weaknesses, what we can do,” said Territo.

Territo said Bodine’s role as a teacher was different because she is usually the first teacher young children have in early childhood education.

“Lots of the other teachers get feedback and establish some IEPs (individual education plan), and Maddie doesn’t have that yet; she’s the one who creates that,” Territo said.

Bodine then explained her next step as a Golden Apple Award nominee.

“I actually have a virtual site visit,” Bodine said. “In years past, they would have come out to my school, but they are actually observing a lesson virtually, and then they will be interviewing.”

A winner of the Golden Apple Award for Excellence in Teaching will be announced after interviews with Bodine, school administrators, colleagues, parents of students and current and former students are conducted.