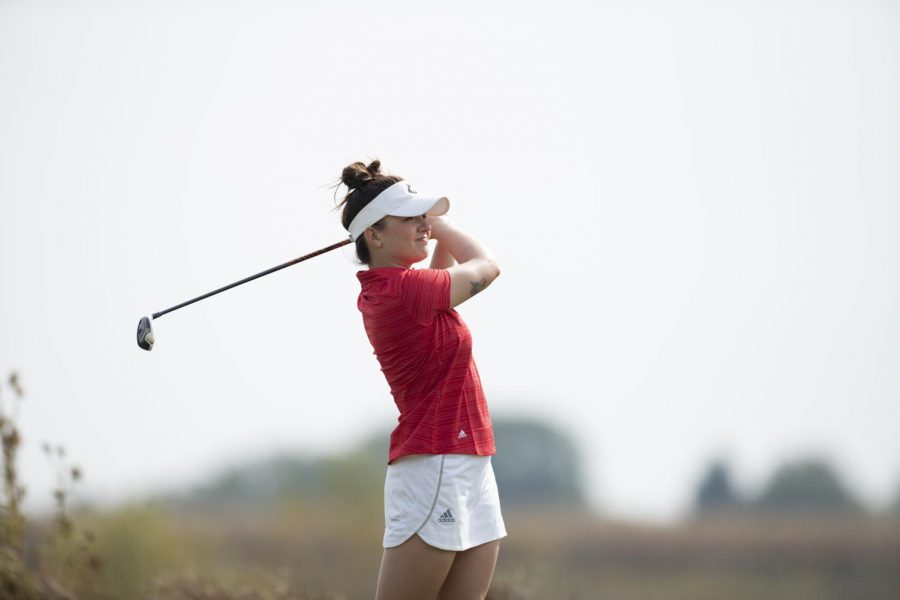 NIU senior Lauren Ingle tees off Oct. 9. during an intra-squad round at Rich Harvest Farms in Sugar Grove, Illinois.

DeKALB — Women’s golf took eighth place in the BYU Spring Classic at Sand Hollow Resort in Hurricane, Utah. The 54-hole event was cut down to 36 holes after Tuesday’s final round was canceled due to snow.

The team fired rounds of 304 and 309 Monday to put them inside the top-10 as a team, and seven shots off Boise State University who sat in seventh heading into the final round. Texas Tech University took home the 36-hole tournament victory at five-over par.

The Huskies were led by first-year Jasmine Ly who scored an eight-over, 152 for the 36-hole tournament. Senior Lauren Ingle recorded an 11-over, 155 for the tournament.

The Huskies will return to action on March 29 in Richmond, Kentucky for the EKU Colonel Classic.