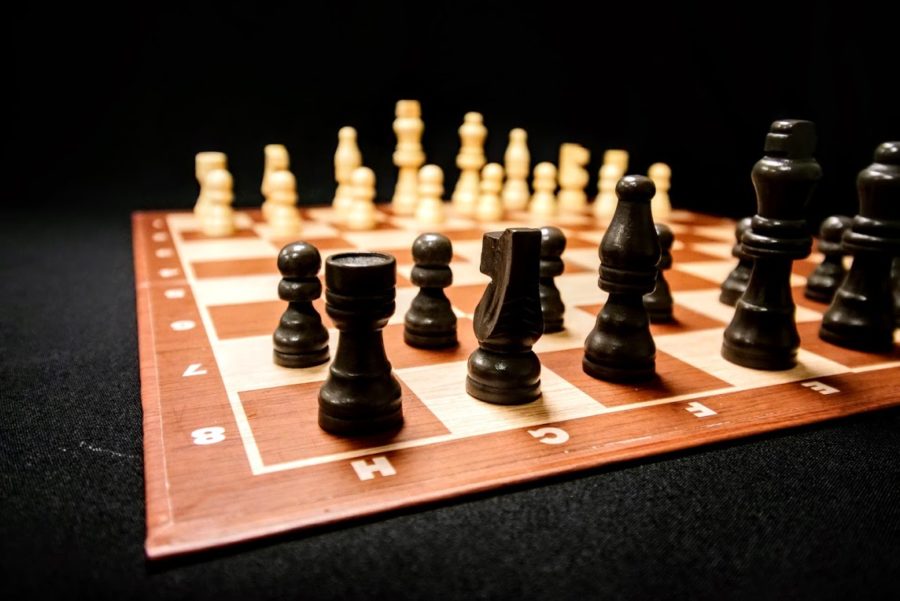 Chess pieces on a chess board stand ready to be played. Students have created a chess club to connect with like-minded players around the community.

DeKALB – Students have created the Northern Illinois Chess Club to connect with like-minded players of the game and create a community.

The club meets at 8 p.m. every Monday over Microsoft Teams. The games are played over the website Chess.com, which also has a mobile version, said Jacob Jovanovich, first-year business major and president of the club.

“The club’s main goal is to promote chess at NIU,” Jovanovich said.

The club has been active for four weeks, having been created during the COVID-19 pandemic as a way for Jovanovich to connect with fellow NIU students, but has already expanded rapidly. The club has 17 members, Jovanovich said.

Even people who are novices at the game or don’t know how to play are still welcome, according to the club’s HuskieLink page.

“I had a love for chess and I really enjoyed watching ‘The Queen’s Gambit’ on Netflix,” Jovanovich said. “I looked and found out that there was no chess club at NIU, so I filled out the paperwork and met with the Student Government Association to form the club.”

Most meetings consist of club members playing online games of chess and learning from each other, but the club is preparing to engage in online tournaments with other universities. Currently, the chess club is booked for a tournament Saturday and Sunday. Since it is European tournaments, the club has to wake up early to participate in them, which have an 8 a.m. starting time, Jovanovich said.

The club previously played at a virtual tournament on March 13 and 14 where over 900 students from 88 universities played, said Ace Frieders, first-year mathematical sciences major and vice president of the club.

“The results are still being checked by moderators, but I think we did well,” Frieders said.

The club itself has proven to be a down-to-earth experience, with all of the club members there to learn from each other and to have fun, Jovanovich said.

“We like to win, but there’s no hostility,” Jovanovich said.

With the club being so young, there is plenty of room for the club to expand, Jovanovich said. The club’s many goals for the future include more tournament participation and the creation of a social media presence once the group reaches 25 members. When COVID-19 related restrictions are lifted at NIU, the chess club hopes to host tournaments and even teach chess to local elementary and high schools. The club is also expected to have longevity because  nine of the club members are first-years.

“That’s the beauty of the club,” Frieders said. “Most of us have three more years left.”

With the club being open to all players, as long as players are willing to learn and have a love of the game, the club can provide a valuable experience for students at NIU, Frieders said.

To join the club, contact Jovanovich at Z1893366@students.niu.edu and create a Chess.com account to begin playing chess.