The origin of St. Patrick’s Day 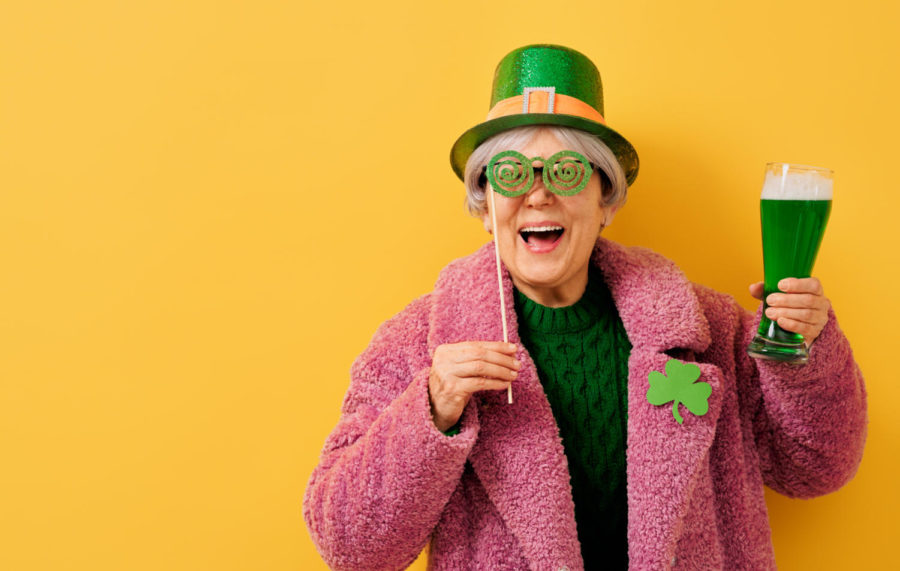 The senior woman in leprechaun hat for a Saint Patrick's Day.

First, the identity of Saint Patrick must be addressed. In the fifth century, Saint Patrick was kidnapped from his home in Britain by Irish Pirates and forced into servitude before becoming a Catholic priest, according to History.

Saint Patrick then converted thousands of pagan Irish and built hundreds of congregations before dying on March 17, 461. Although unofficially a saint, the process of canonization had yet to be created by the Catholic church. The Irish claimed Saint Patrick to be the nation’s patron saint, according to Forbes.

With very little known about Saint Patrick, other than his few writings and the records of those that knew him, legends have erupted about him like how he used a three-leafed Shamrock to symbolize the Holy Trinity with each leaf representing God (The Father), Jesus Christ (The Son) and the Holy Spirit, according to History.

However, much of the myths surrounding him are exaggerated, like how his colors were green (they were blue) and how his death date became a huge celebration across Ireland for centuries. In reality, the feast of Saint Patrick, occurring on March 17, was a holiday that only pious Christians practiced and, since the feast falls during Lent, there was no need for celebration, according to Forbes.

Saint Patrick’s Day became a huge phenomenon in America following the devastating Irish Potato Famine. The Irish Potato Famine happened between 1845 and 1849 and saw the potato crops of Irish farmers, which were the main source of food for the country, fail at a level unheard of, according to Britannica. More than a million Irish died and almost two million Irish (about one-third of the country) immigrated to America in search of a better life.

However, the Irish Catholics, who were thought of as filthy, useless drunkards, were not so welcomed in New York City or the rest of the country, which was predominantly Protestant, and the Irish were exempt from many jobs, and many anti-Irish groups were formed, according to History. In some instances, Irish communities formed gangs to protect themselves, resulting in clashes between the Irish and the American “Natives,” also called the Know-Nothings. These clashes were dramatized in the Martin Scorsese film “Gangs of New York.”

In order to combat this violence and hardship, Irish Americans decided to make Saint Patrick’s Day a much grander occasion, and as the decades went on, the partying only increased with many non-Irish Americans joining in, according to Forbes. While it’s inaccurate to say that this celebration led to Irish acceptance, that was more the effect of Irish Americans voting for Irish public officials. The holiday has certainly created a fondness for Irish culture.

Eventually, the American way of celebrating Saint Patrick’s Day found its way back to Ireland.

So, while Americans party, hopefully safely due to the COVID-19 pandemic, it’s important to acknowledge the past struggles of Irish Americans and how this holiday gives the Irish pride.