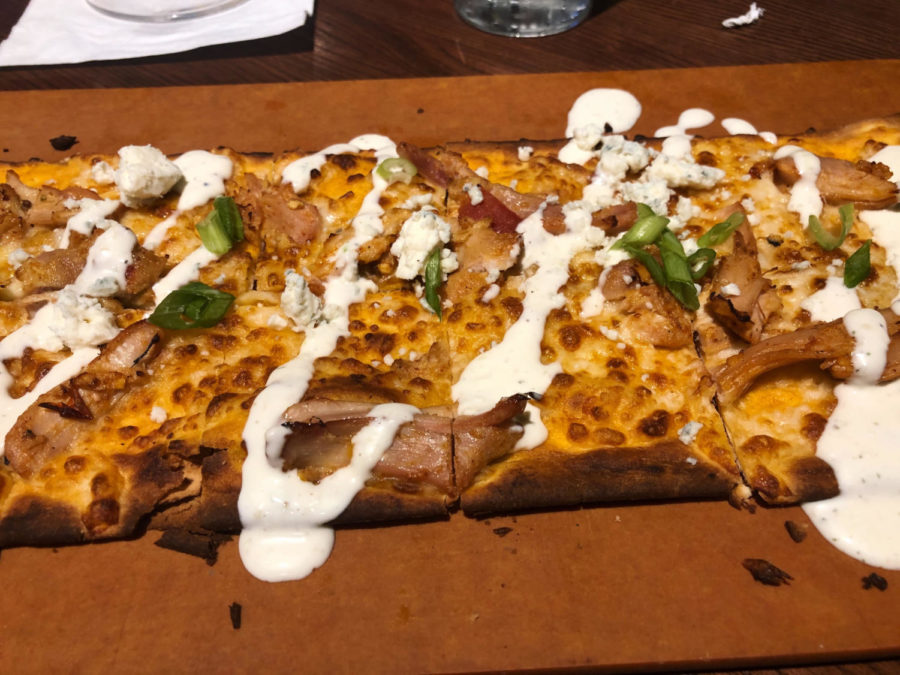 Pizza and ranch belong together like peanut butter and jelly. Ranch, either as a dipping sauce or drizzled on top of a pizza, is the perfect creamy blend of buttermilk and herbs to balance against the sweet richness of red sauce.

Pizza is a superior food on its own with its gooey inside and crispy crust. It balances the Italian delicacies of bread, cheese and sauce; this creation paired with ranch allows your tastebuds access to an even wider palate of flavor.

From loaded deep dish pizzas to a crispy thin crust, ranch can be tossed on either type of pizza to add that extra bit of creamy complementary flavor. When it comes to dipping sauces, one doesn’t have to limit themselves to just ranch. Having multiple dipping sauces is extra, yes, but sometimes necessary. Mixing it up and alternating with a garlic dipping sauce is just a blessing to the pizza-eating experience.

“But it doesn’t always have to be about dipping,” said Sam Pirkle, a pro-ranch 4th year media studies major.

Pirkle said his first exposure to ranch on pizza was a slice of chicken, bacon and ranch pizza. Upon his first bite, he found the red sauce was replaced by ranch.

“Honestly, I was appalled,”  Pirkle said. “However, trying it changed the pizza game for me.”

Midwesterners especially understand the value of ranch and aren’t afraid to put it on pretty much everything, including pizza, according to an April 11 Insider article.

In the Midwest, we have the best pizza compared to the East and West Coast because we have restaurants that care about their authentic ingredients and make their ranch in-house. If you’re looking for a local spot with a homemade ranch to dip your slice in, Giordano’s in Sycamore has got you covered.

“Ranch is one of those things that has a basic but delicious flavor that truly pairs with anything; the saltiness adds to any kind of pizza,” Pirkle said.

Food combinations that seem odd at first, like the pizza and ranch duo, only stand out because the concept is new. I had this same impression when I was first introduced to the combo, but only because I had never tried the two paired together before. But after swallowing my skepticism, I quickly learned that pizza and ranch were meant to be together.