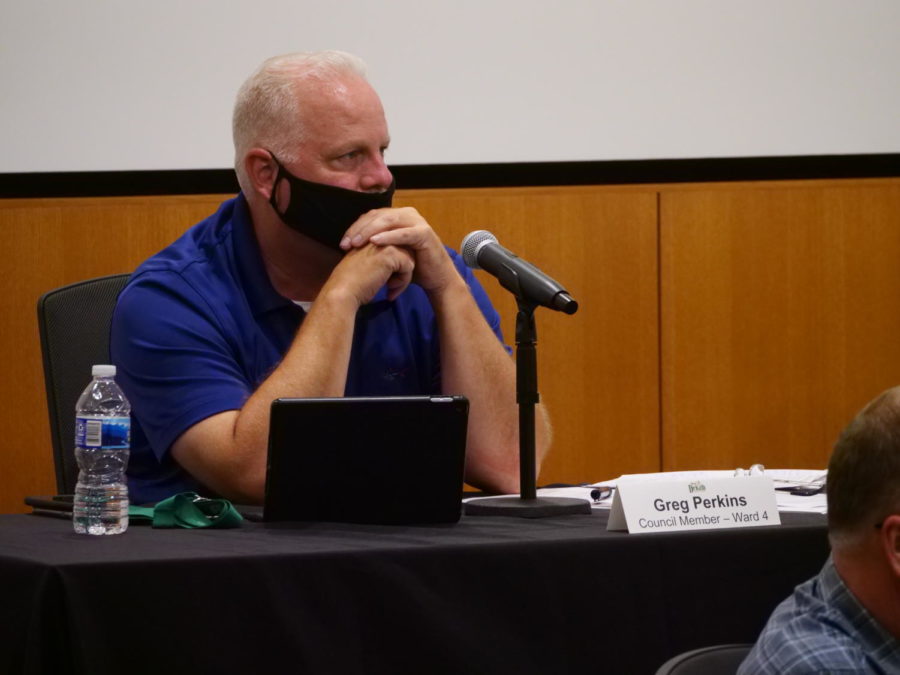 DeKALB — Greg Perkins, alderperson of DeKalb’s Fourth Ward, leads Tuesday in his bid for re-election to his position for the next four years. He is leading with 296 votes or 50.34% of the votes. He leads Matthew R. Keys by four votes.

Perkins first became alderperson of DeKalb’s Fourth Ward after former Alderperson Patrick Fagan resigned due to moving out of the ward, according to a Nov. 10, 2019, Northern Star article. He graduated from NIU in 1989 and is a life-long DeKalb resident.

Alderpeople sit on the city council and represent the people of their respective wards in city council meetings.