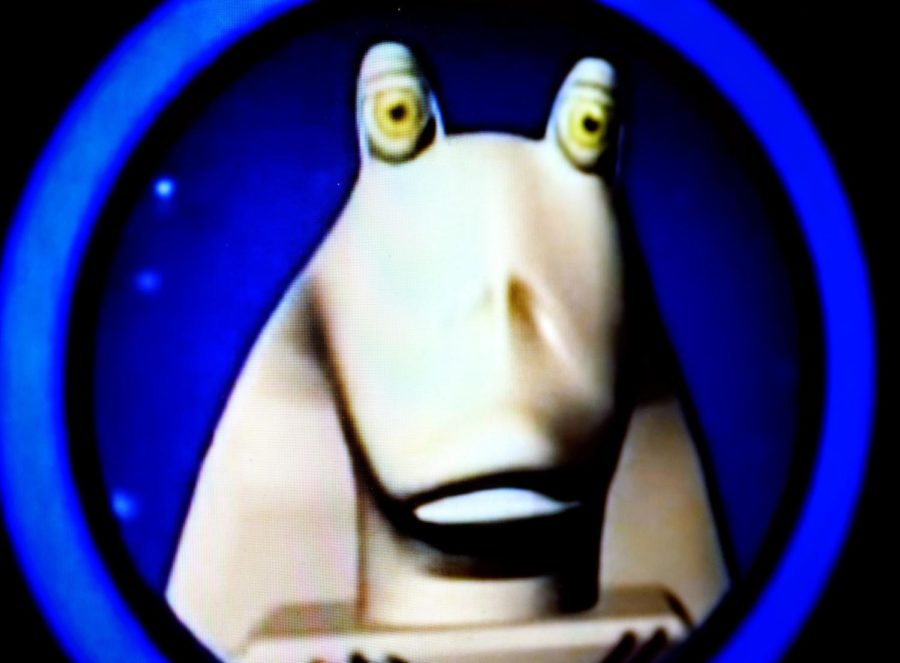 Jar Jar Binks is a major character in the first chronological film of the series, “Star Wars Episode I – The Phantom Menace,” and a secondary character in subsequent films. He is by far Star Wars fans’ least favorite character, according to an article by The Week. However, Jar Jar Binks is honestly not that bad. Jar Jar receives an undeserved amount of hate.

Saying you find Jar Jar kind of amusing is definitely going to garner some judgment thrown your way. Jar Jar is annoying; that is an undeniable fact. However, the fact that he is so annoying is actually the reason why he is a good character.

It takes purposeful writing to elicit a response from an audience. Everything Jar Jar does in the movies, from his voice and tendency to make mistakes to his general hot mess status, is for an audience effect. The filmmakers obviously want him to annoy the audience, and annoy he does. His voice is insufferable and the choices he makes have the power to make anyone want to scream into a pillow. This fierce hatred from the fan base is exactly the reason it’s evident Jar Jar Binks’ character is well designed for its purpose.

Jar Jar Binks is not static. While he remains annoying throughout the film, he goes through a full character arc. Jar Jar develops from a social outcast into a war hero, showing that even people deemed a loser by society can still do great things. But through all of this, people still despise him.

The undeserved hate Jar Jar received had real life ramifications. The actor who brought Jar Jar to life, Ahmed Best, contemplated suicide because of all the personal hate he received for his performance, according to The Week. A huge part of the reason the character was so successful in his purpose was Best’s performance. Actors should never contemplate killing themselves for doing their jobs.

I used to hate Jar Jar Binks like most Star Wars fans, but after realizing that Jar Jar Binks was a good character based on the reasons above, he became much more likable. He is still annoying, but every move he makes and word he says has much more respect from me now, and I will admit, he gets me to chuckle every now and then.