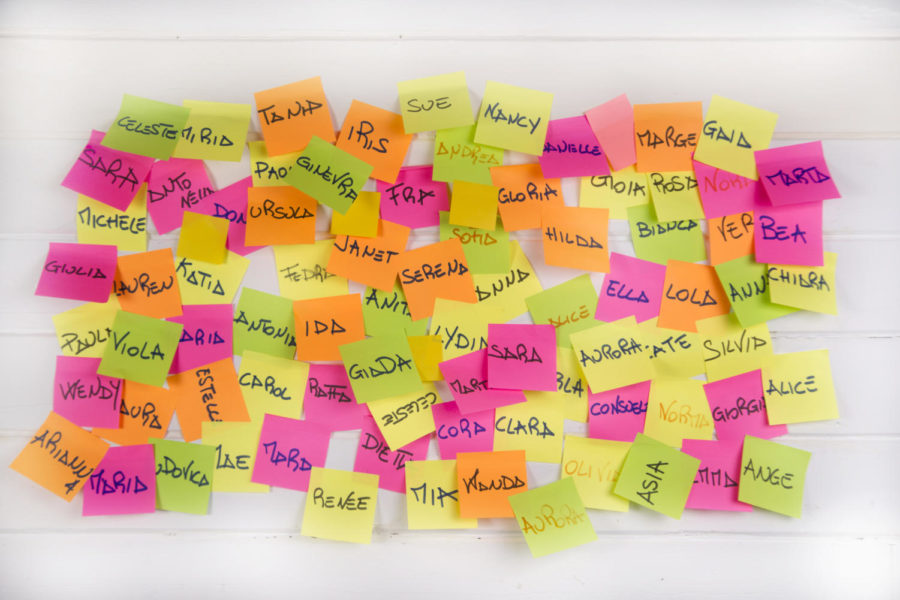 A pile of colorful sticky notes with different names on them are stuck on a wall.

Why people should put more effort into pronouncing ethnic names

The U.S. is supposed to be a melting pot of cultures and people. Despite this goal, many people with ethnic names struggle during the simplest form of conversation: having people mispronounce their names.

A name is tied to a person’s identity, and everyone deserves to have their name be properly addressed. People should put more effort into pronouncing ethnic names because:

Unfortunately, many people who have ethnic names face different kinds of biases in society. These name discrimination biases can manifest in not getting hired at a job because employers assume an ethnic name means the candidate has weak English skills. There are also assumptions that people with ethnic names are not American-born citizens.

Linguistics professor Gülşat Aygen said society is just not as civilized as people may think it is.

“I would say ‘My name is Angélica,’” Mendoza said. “[They] finally clicked, and the way to pronounce it in the English way would be Angelica, so they would say that instead.”

Name-based aggressions are unfortunately common among people with ethnic names. These aggressions would be diminished if people put more effort into pronouncing others’ names correctly.

They aren’t really hard to pronounce

From a linguistic standpoint, languages are very difficult to speak without an accent; however, the same doesn’t have to be said for names.

“A reaction to a foreign name is to be able to say it, naturalize it, in our own language,” Aygen said.

Aygen said the brevity of names allows people to have a close pronunciation.

“What would be difficult is, you know, pronouncing it perfectly well, then it requires extra effort,” Aygen said.

Names have the ability to be practiced, they don’t need to be dismissed.

“It means a lot to me when people can make an effort to learn how to pronounce my name, because I think that’s a part of me,” Mendoza said.

Hearing others pronounce ethnic names correctly can be a beautiful experience for people with ethnic names because many of those names are tied to their cultures and identities.

“Trying to make an effort to pronounce somebody’s name correctly starts with asking a question, meaning admitting that you don’t know,” Aygen said. “And that’s an honest interaction and communication.”

Thepboriruk said pronouncing a person’s name properly is what generally fosters a relationship within the American culture.

“Names are relationship building tools,” said Thepboriruk. “When somebody doesn’t make an effort to say my name correctly, it signals to me, at a subtext level, that, you know, they are unwilling to foster a relationship with me.”

How to overcome these barriers

There are multiple ways to overcome these barriers. Eric Jones, associate professor of history, said discrimination should have consequences.

Thepboriruk said English is a difficult language to learn because it has borrowed words from many other languages. Thepboriruk compared the difficulties of pronouncing French words such as “genre” and “rendezvous.” She encouraged people to just try.

“If we can make efforts for just random nouns in our everyday lives, why not for nouns that are attached to actual people?” Thepboriruk said.

Just because other names may sound different from common names or words in your native language does not mean those names should be converted to your tongue. Putting effort forward to pronouncing someone’s name correctly can make them feel comfortable and welcome.