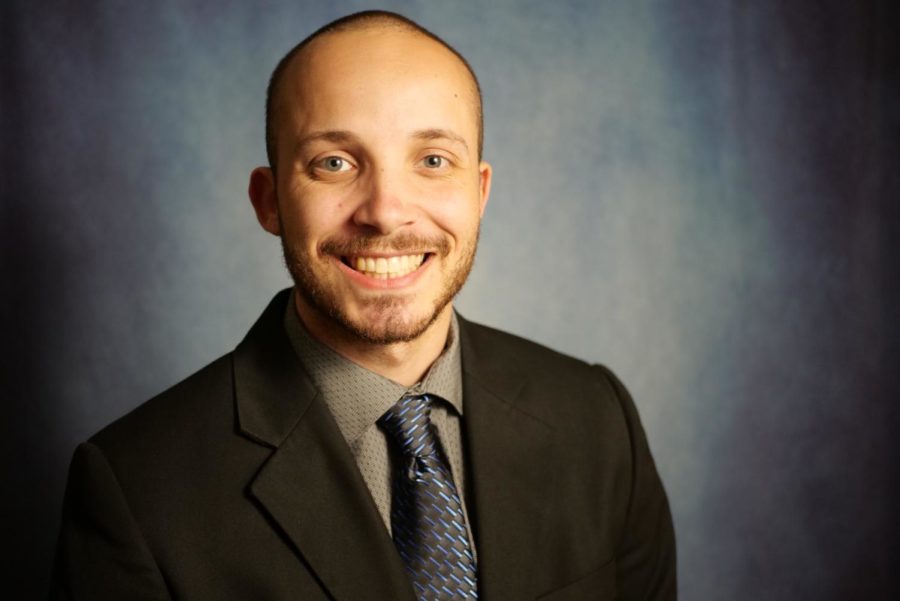 Jarrett smiles in a suit.

Where to begin? I came to NIU as a third-year transfer student after two years in community college. I didn’t really know anybody, beyond my roommates at the time.

I didn’t have the residence hall experience where many often build relationships that last through college and beyond. I lived an hour away from campus, which made it easy to return home and just spend the weekends there. My first full semester in DeKalb was pretty uneventful. I just showed up to class and did the assignments. Then, I found the Northern Star.

I joined the Star’s sports staff in February 2019, with no experience as a journalist except what I had learned in the classroom. I was assigned the men’s tennis beat, but due to its games being in Rockford, I didn’t get much on-site experience to start.

Fall 2019 rolled around and I covered women’s soccer. Covering the games and interviewing the players and coaches in person strengthened my confidence as a journalist and my skills as a writer. A few months later the Star presented me with the opportunity to cover basketball; covering basketball was the sole reason I became a journalism major in the first place.

Through my time as the men’s basketball beat reporter, I grew as a journalist even further. I found my passion for sports photography while working my beat, which finally pushed me to buy my own cameras.

The Northern Star has put me in so many valuable situations; I was privileged to witness and be a part of historic events in the school’s and the world’s history. With the Star, I built experience that will serve me in my future careers. It’s given me a place where I fit in on campus, as well as pride to be an NIU Huskie and many relationships that I know will extend beyond my time at NIU.

I’d like to thank my Editor-in-Chief Haley Galvin for plugging the Star in one of my classes, which finally gave me the nerve to apply. I’d like to thank my former EIC Sam Malone and my former sports editors Jayce Eustice and Marcel Carrasco: Jayce, thanks for bringing me along early and giving me the opportunity to join your staff. Sam and Marcel, thanks for believing in me and pushing me to go for sports editor, even when it wasn’t on my radar.

Most importantly, I want to thank my mother for always being my biggest fan and the most supportive person as I figure out this thing called life. I also want to thank my grandma Goulet for always keeping tabs on what I was writing, and the rest of my friends and family for their support over these last few years.