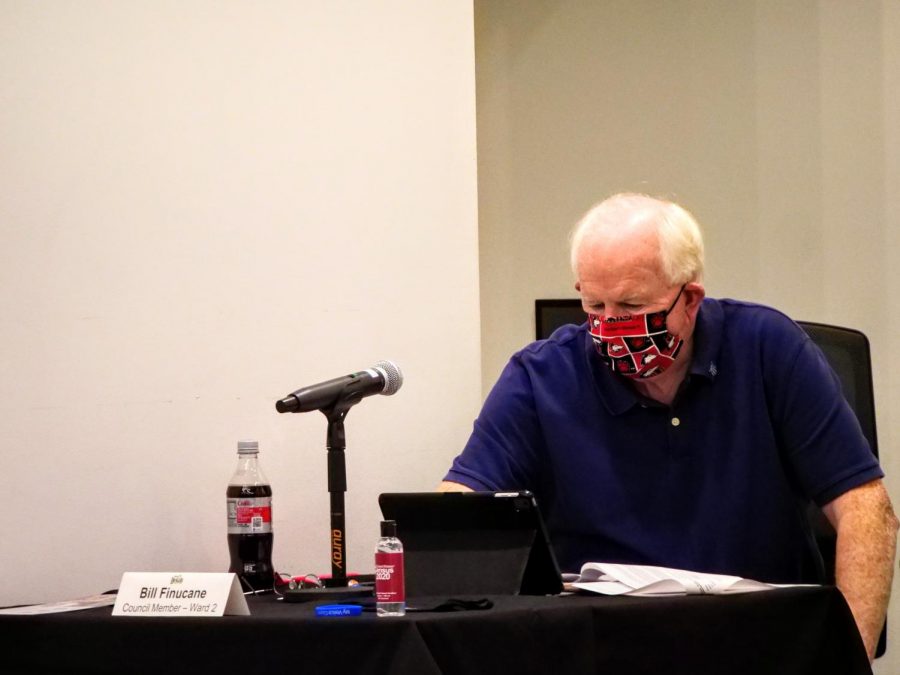 “What a rewarding experience it is to serve the residents of the city of DeKalb,” Mayor Jerry Smith said.

Smith thanked all of the council members, city managers and city clerks he has worked with over the years. He also read letters sent to him from DeKalb residents at Monday’s meeting.

Smith has served as mayor since 2017 and decided not to seek another term in the 2021 consolidated elections. Smith will be replaced by Mayor-elect Cohen Barnes on May 10 at the next City Council meeting.

Finucane, tearfully, thanked his family members in the audience, the two mayors, 16 alderpeople, and three city managers he’s served with, and other city staff.

“It’s been a good eight years, though; eight years is long enough, I think it’s time for somebody else,” Finucane said. “Everybody in the public ought to take part in public service one thing or another, whether it is as an elected official and or one of our commissions.”

Finucane has served in City Council since 2013 and decided not to seek another term in the 2021 consolidated elections. Finucane will be replaced by Second Ward Alderperson-elect Barb Larson on May 10 at the next City Council meeting.