Everyone should play instrument 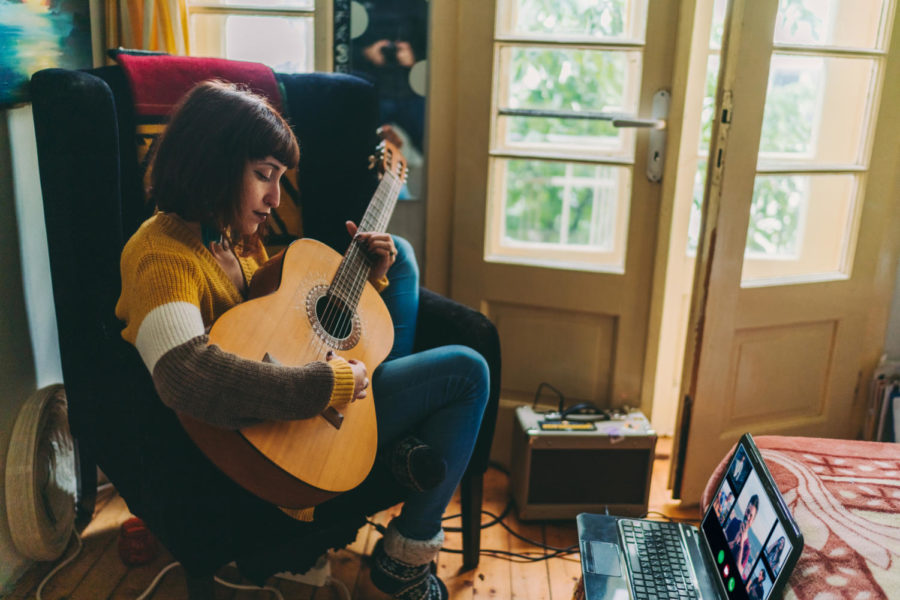 Humanity has changed a lot since it first sprung over 200,000 years ago, but one thing that has stayed constant throughout all civilizations throughout time is music. Even though most people enjoy listening to music, about only 25% of the population has played an instrument in the previous year, according to a 2018 study done by Statista.

Everyone should learn to play a musical instrument because playing music is good for brain health, and practicing creates a good work ethic.

“There are studies that have been done that show people are better able to order objects, list off items, etc. because we are so used to ordering things in music,” said NIU’s Coordinator of Music Education Mary Lynn Doherty. “All of that decoding and ordering, the focus it takes to getting a part in a piece of music just right, all of those are what are called extra-musical benefits.”

By practicing a musical instrument to play that favorite song, people can create a good work ethic that can spread to other areas of the musician’s life.

For example, elite violin players partake in what is called “deliberate practice,” according to a 1993 study published by the American Psychological Association. The violinists found specific times to sit down and practice different aspects of their instrument. This discipline can transfer this over to other aspects of players’ lives and can increase their productivity in other areas.

“Have incremental goals,” said Doherty. “Having that inspirational role model is important, but coming up with something in between like incremental steps, something that helps you break down what are the skills involved to be playing.”

There are a ton of what Doherty described as “extra-musical benefits” to playing an instrument, but music is one of the things that makes humans special as a species. It can bring an incredible amount of joy, and it is important to have music in a person’s life.