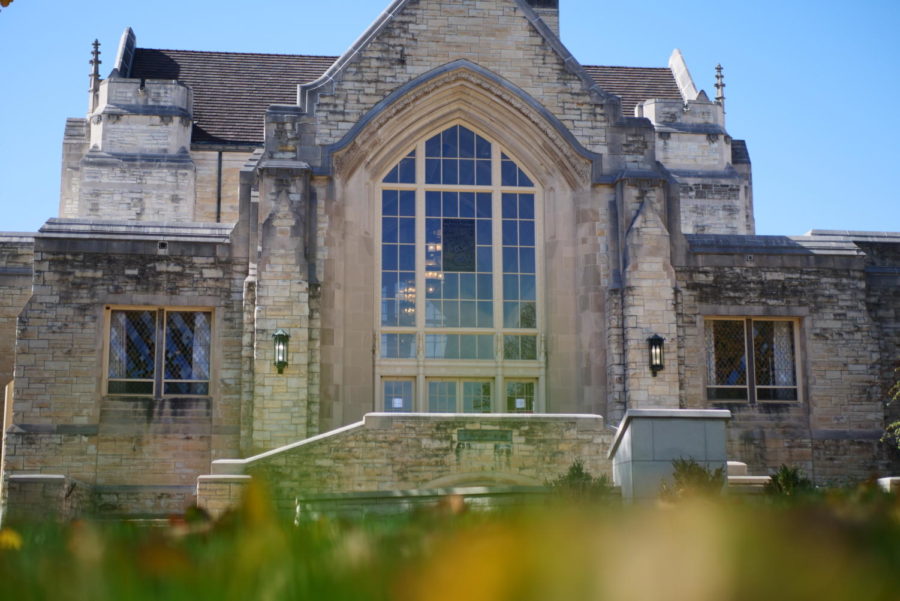 The Swen Parson building is expected to haves its roof replaced after NIU received $8.9 million in April for structural repairs.

DeKALB – NIU received $8.9 million in April for structural repairs by the Illinois Capital Development Board. The money will be used towards repairs, exterior improvements and roof replacements.

The main areas of concern involve the replacement of the roof on the Swen Parson building and repairing water infiltration and cracks in the walls of the College of Visual and Performing Arts building, said John Heckmann, associate vice president for Facilities Management and Campus Services.

“Having a building that we can have confidence in that it will be watertight and continue to support the classes and other activities in the buildings is important and that’s what these repair projects are going to allow us to do,” Heckmann said.

The roof of the Swen Parson Building has been failing and has not been keeping water out, Heckmann said. NIU had to wrap the top of the roof structure due to the deterioration of the stone structure.

“I am very appreciative Illinois is making the necessary infrastructure investments that will help bolster our higher education institutions,” said State Representative Lawrence Walsh Jr. in an April 21 State of Illinois news release. “The Swen Parson Hall and the Visual Arts building house critical services to the students at NIU, and these repairs will provide for a safer and more hospitable environment for students and faculty.”

Heckmann hopes the plan will be approved by Summer 2022 and to be able to finish the two projects that summer to avoid academic conflicts. Heckmann said that the repairs can be done by the Fall 2022 semester if they start right when the spring semester ends and the construction work goes perfectly.

“The originating authorization for this project was $52.9 million of capital renewal funds,” Heckmann said. “The caveat there was the state just doesn’t give us $52.9 million. It has to be generated through tax revenues of some sort, and as they get that money then they do it all out to the universities, and we submit our priority list of projects of what we would like to use the money for.”

Every November NIU submits a priority list of the projects they would like to receive funding for, Heckmann said.

“This critical funding will allow us to begin to address important capital needs that will greatly help us maintain a positive learning environment,” said NIU President Lisa Freeman in an April 21 State of Illinois news release. “We’re appreciative of Gov. [J.B.] Pritzker’s strong commitment to investing in higher education and our state’s potential.”

Completing the projects and receiving funding is made possible by Pritzker’s bipartisan capital plan, the first in nearly a decade. The renovation work will increase jobs and economic opportunities, according to an April 21 State of Illinois news release.

“There’s a number of other deficiencies that we have around the campus that we’re constantly working to keep up with,” Heckmann said. “Because buildings deteriorate over time, it takes a lot of constant maintenance to monitor those deficiencies. We prioritize them for the available funding that we have, and then try to make sure we get on top of them as quickly as we can.”