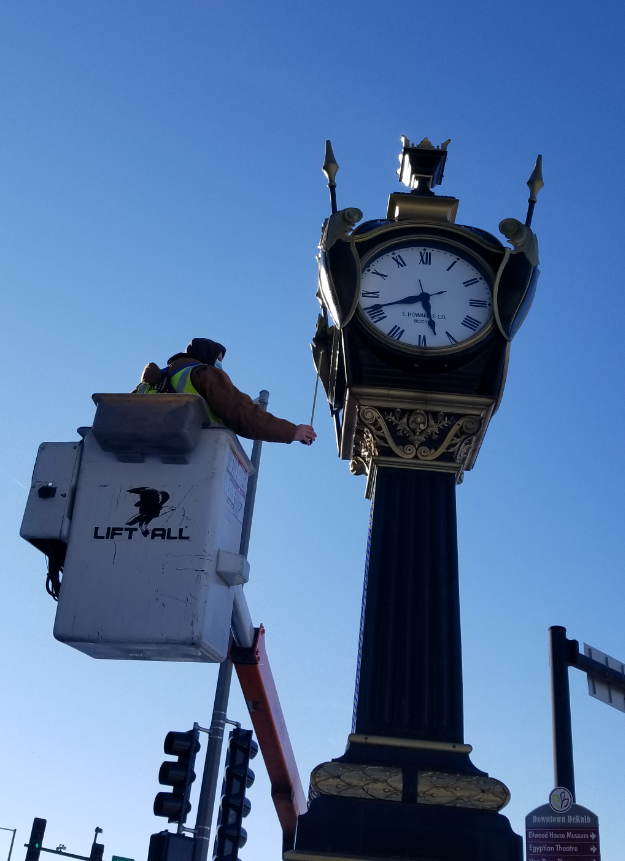 DeKALB – The DeKalb Rotary Club is planning to restore the Soldiers and Sailors Memorial Clock back to working order, with $28,000 as the total goal to repair the clock and its exterior.

The current location of the Soldiers and Sailors Memorial Clock is not where it was originally located. The clock has been moved a few times in the DeKalb area and has had quite a few incidents happen simply because of its previous location, including a car accident, which is one of the reasons for relocation.

Upcoming events to help raise money for the restoration include a raffle held by the DeKalb Rotary Club in June and in August there will be a free concert including a box dinner drive, where the proceeds from those purchases will go towards local projects. The DeKalb Rotary Club aims to have an event around Veteran’s Day for the Soldiers and Sailors Memorial Clock. The club is raising funds and getting quotes, but ultimately the city of DeKalb has to do the repairs since the city owns the clock, said Corr.

The Soldiers and Sailors Memorial Clock memorializes the sacrifices that were made during World War I. “To me, it’s really an indication of the dedication of the people of the city of DeKalb,” said Corr. “Getting it up and running is something that we can feel proud of as a community.”