48-years after Roe v. Wade the high court takes up the issue again 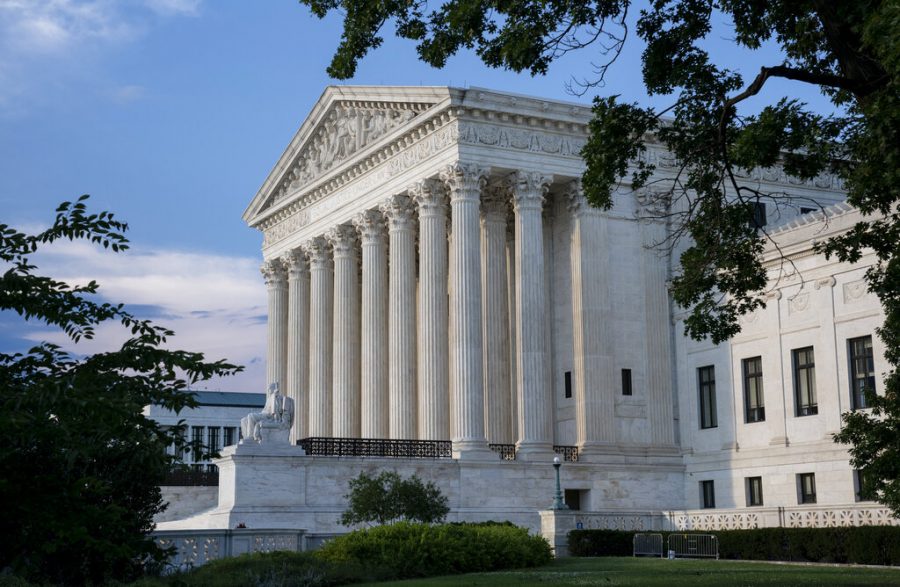 The Supreme Court in Washington D.C. will hear oral arguments in October on a Missippi abortion laws constutionality. The high courts ruling, expected in the spring of 2022 could undo the courts 1973 decision of Roe v. Wade, changing reproductive rights nationwide.

The Gestastional Age Act in Mississippi banning abortion after 15 weeks of pregnancy is a direct challenge to Roe v. Wade, a Supreme Court court case that ruled it unconstitutional for states to ban abortion. Considering the six to three conservative to liberal justice ratio, the U.S. Supreme Court is able to overturn Roe v. Wade. However, just because they can do it doesn’t mean they should.

“Basically, you have constitutional rights being pitted against state restrictions on abortion,” Department of Political Science Professor Brendon Swedlow said.

People have always been at odds about abortion rights. There will always be at least two sides. One side fights for bodily autonomy, while the other pledges against the so-called murdering of unborn babies.

It’s easy to place an ethical dilemma over every abortion case in a cookie cutter fashion. However, in reality, each case is different. Every person is entitled to their own bodily autonomy and removing that is unconstitutional.

Besides, there are a lot of misconceptions when it comes to abortion care.

Not only that, but accessible and legal reproductive healthcare is extremely crucial considering a state’s ability to find a loophole within Roe v. Wade.

An example of this can be found in Pennsylvania Planned Parenthood v. Casey.

“In (Pennsylvania Planned Parenthood v. Casey), the court basically dealt with a Pennsylvania law that enacted various restrictions on abortion,” Swedlow said. “The court struck down all the restrictions that Pennsylvania had come up with except one, which was a spousal notice requirement.”

This means if a woman wants an abortion, she’d have to tell her husband she wanted to abort.

If the government was truly pro-life, it would offer resources for pregnant people to lead healthy, successful lives after birth. Anti-choice elected officials and legislative bodies aren’t pro-life— they’re pro-control.

“So many of these laws make it difficult to access our rights, and the right without access isn’t really a right,” said Greep.

There needs to be an explanation as to why abortion and reproductive rights are still being argued. Pregnant people are entitled to their own reproductive justice that not only authorizes but empowers their right to have a baby or to not have a baby.

The long term fight of governments to deny reproductive rights has never been understandable or acceptable. Overturning Roe v. Wade would be a step backward for American civilization.

“It just really boils down to those deep roots and patriarchy; it’s something we have to continue to work toward dismantling,” Amanda Littauer, associate professor of the Department of History/Center for the Study of Women, Gender and Sexuality, said.

More progressive decisions need to be made within the government, which can start with the Supreme Court upholding the ruling of Roe v. Wade.