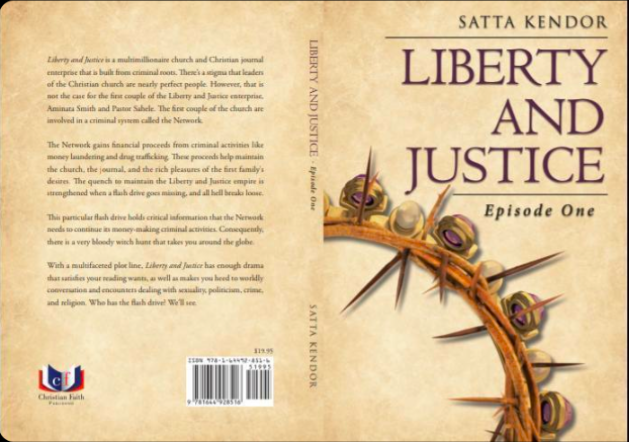 A winding story that shifts between character’s perspective and their colliding pathways portraying the difficulties of coming of age and the struggles LGBTQ+ community members face — that is Satta Kendor’s debut novel, “Liberty and Justice.” This glimpse of art imitating life showcases just how intertwined a group of people’s lives can be. Kendor, an NIU and Northern Star alumna, is set to release her book within the coming months.

“Liberty and Justice” is reminiscent of the award winning film, “Crash” (2004), a film that’s set from multiple perspectives. This novel’s true strength is the way it is framed from each character’s viewpoints, such as revealing plot elements that may not have been seen by one character but are caught by another. Kendor also utilizes this to tell the story through fantastic foreshadowing, where seemingly insignificant details can set off chain reactions, contributing to the larger narrative.

The book deals with a host of poignant issues: lasting trauma of sexual assault, pressure to conform and hyper-conservative, religious ideologies. Kendor delves into the effects these themes have on the characters by creating a well thought-out environment.

The novel’s major drawback is the over-reliance on flashbacks and time-skips to fill-in information. The story frequently jumps back and forth between months, years and even decades of time, making the story arc complicated to follow at times as it also switches between characters’ perspectives. However, if the reader can stay with the timeline, it ends up developing and connecting to the story.

Although confusing at times, Kendor succeeds in her publishing debut with a novel that, ultimately, does a great job of portraying the differences in each individual’s perception of themselves and the world around them. Kendor has developed well-rounded characters whose motivations all make sense and, while connected, stand out from one another. With its multiple storylines, “Liberty and Justice” has a perspective for everyone to enjoy.