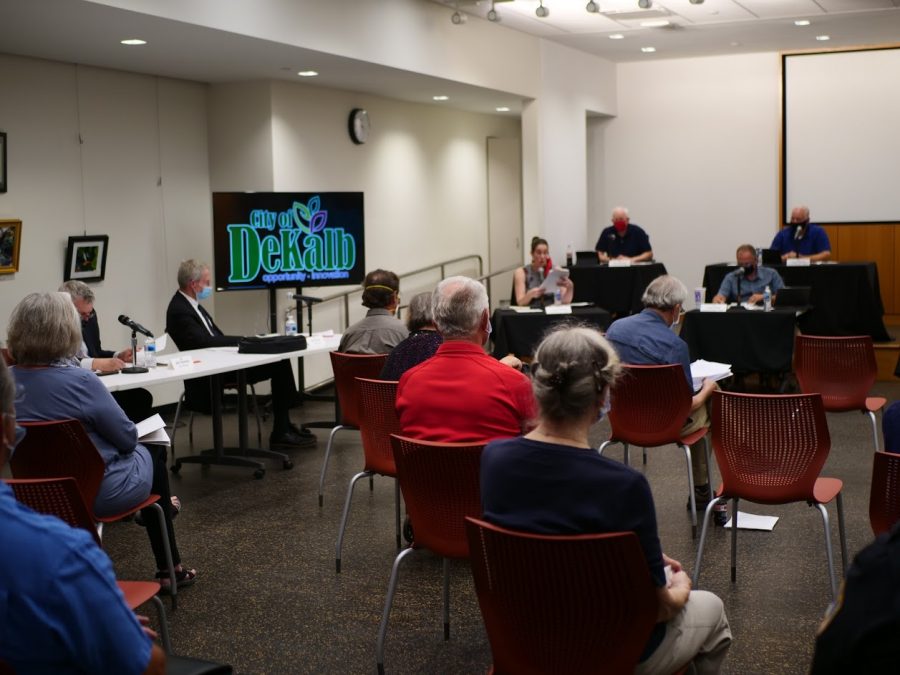 DeKALB – City workers will get another paid holiday starting next year after the DeKalb City Council approved to recognize Juneteenth as an official paid employee holiday.

The City of DeKalb now recognizes 12 paid holidays since the ordinance was passed Monday night. Juneteenth, celebrated on June 19, memorializes when the last enslaved people in Texas learned about their freedom under the Emancipation Proclamation in 1865. It is a federal and state holiday as of 2021.

Perkins voted against the ordinance because he was concerned with the growing list of paid holidays, but he supports the meaning of the holiday.

“So in the private sector, typically, private sector businesses have eight to 10 holidays,” Perkins said. “So what we’re talking about here is taking what I think is already a generous benefit at 11 and bumping it to 12.”

If the holiday were observed in FY20 for all full-time and part-time employees, the estimated cost would have been $19,546, according to the July 12 City Council agenda.

“It’s hard to put a dollar amount on what this means to our community and around the country,” City Manager Bill Nicklas said.

Mayor Cohen Barnes said council members have a fiduciary responsibility, yet Juneteenth is too important not to establish it as a paid holiday.

“We need to recognize that we need to back that leadership in our community for a holiday like this,” Barnes said.

Council members also approved a consideration to keep bus fares suspended until December for the city’s public transit passengers due to COVID-19.

The initial suspension was made in March 2020 to eliminate the financial burden of transportation due to the pandemic. A public transit ride in DeKalb is 50 cents for residents, 25 cents for senior citizens, people with disabilities and K-12 students, and free to NIU students, who pay for it through student fees.

Nicklas said about 70% of bus riders are NIU students and the remaining 30% include DeKalb residents.

“We’re recommending that we continue the suspension of fares through the end of this year,” Nicklas said. “We won’t be through all of the difficulties and challenges by COVID, but I think we’ll be in a better position to start charging a module charge at that point. I presume it will be about the same.”