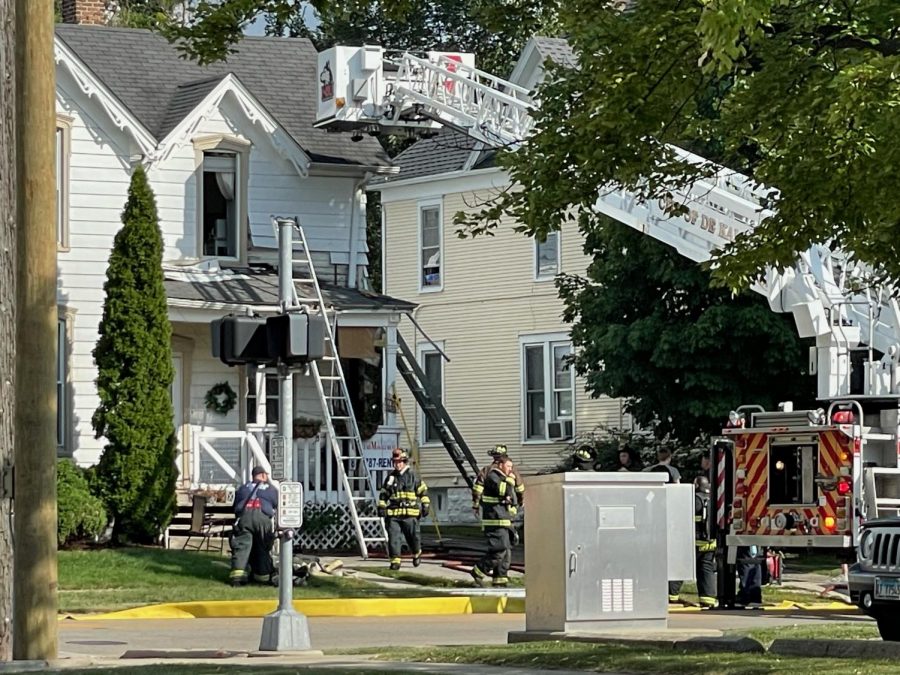 The DeKalb Fire Department responded to an apartment fire on North Fourth Street.

DeKALB  – The DeKalb Fire Department responded to an apartment fire around 4:30 p.m. Monday on Fourth Street between Pine and North Fourth Street.

The fire broke out at two apartments on Fourth Street. The porch overhang caught fire outside and firefighters stopped the spread before any interior damage was caused.

There were no injuries and investigators are on the scene to find the cause, DeKalb Fire Chief Jeff McMaster said.

The cause of the fire was improperly discarded cigarettes, McMaster said. The report is not finished yet, so what caused the fire to spread is still unknown.

The road on North Fourth Street and Pine Street are open, according to a citywide text.

Editors note: This story was updated at 9 a.m. Aug. 3 to detail the cause of the fire.