In the Heights: One small step toward Latino equality in Hollywood 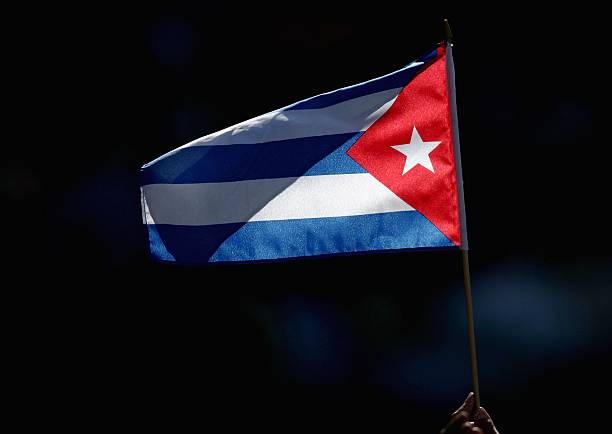 SAN DIEGO - MARCH 18: A fan of Team Cuba waves a flag in celebration against Team Domincan Republic during the Semi Final game of the World Baseball Classic at Petco Park on March 18, 2006 in San Diego, California. (Photo by Donald Miralle/Getty Images)

I assumed I would feel refreshed from a lack of Latino stereotypes in Jon M. Chu’s adaptation of “In the Heights.”

But then, I watched the film.

Chu’s adaptation, written by “Hamilton” creator Lin-Manuel Miranda, explores the dreams of the residents of Washington Heights, NY. In a neighborhood that is predominantly Latino, Dominican to be exact, “In the Heights” ventured through the dreams of Usnavi de la Vega, or simply Navi, as his dream is to return to the Dominican Republic to run a beach bar like his father did before he passed away.

On the surface, “In the Heights” is great! Who doesn’t love when people break into song and dance, especially when it’s about hopes and dreams. I appreciate that the story tackles topics that are very current among Latinos in American society such as gentrification, immigration and the first generation college experience. It’s strange because though the film has points of progress, they’re watered down from real-life importance.

As nice as it is to see, for once, that not every Latino is struggling with poverty in the Heights, the one character who actually had money had to sell half his business so his daughter could be the first to go to college.

I love a good first-gen storyline as it’s highly relatable, but Nina Rosario, a character who was the first person in the Heights to attend college, was portrayed as the smartest on the block and everyone was counting on her, and it made it seem as if a college education was an unattainable achievement for the rest of the characters. I’m glad the film had successful Latino characters; however, since there were only two of them who were considered to be successful throughout the film, it veers into borderline tokenism.

There are other minor details in this film that aren’t progressive for the Latino community as a whole. I did notice more diversity in the film when extras were involved, but not with main characters. Overall, Washington Heights is not only predominantly Latino, but Afro-Latino. The film would have been better off with actors who can properly represent the people of Washington Heights. Although Anthony Ramos did a great job with his portrayal as Usnavi, the role could have been given to an Afro-Latino actor.

Colorism is a very big problem in Hollywood, but it’s not something that can be completely pinned on actors. For example, The CW’s reboot Gossip Girl has been praised for hiring three black actresses with main roles, but criticized because the actresses are light skinned. It’s about who’s working behind the scenes in these so-called diverse films. How can a Latino experience be effectively portrayed if it’s not even being directed/produced/cast by a Latino in the first place?

We have to stop allowing non-Hispanic media moguls from telling our stories because they don’t know what it’s like to be Latino.

It’s easy to think Hollywood has our best interest at heart. Production companies try to give Latinos subpar representation that passes off as diversifying the silver-screen. Unfortunately, everyone has implicit bias, especially Hollywood. Is it too much to ask to no longer depict and classify Latinos as solely dreamers, but successful individuals in America?

For a film that’s about a community sticking together, I really hope Hollywood practices what they preach next time.