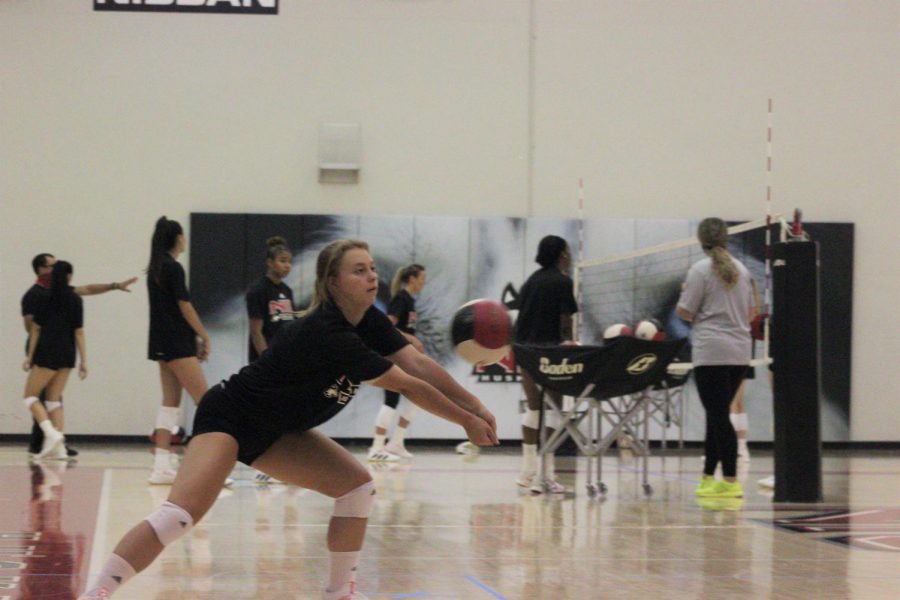 DeKALB — The volleyball team hits the ground running on their 2021 campaign, hosting the Huskie Invitational at Victor E. Court and playing three games in two days.

The tournament returns after being dormant last year due to COVID-19 and will allow full capacity stands. Head coach Ray Gooden said he’s excited for the team to have energy to feed off of to start their season.

“We love our place of Victor E. Court,” Gooden said. “For people to get a chance to see us play, the parents and family and friends, I think it’s an awesome thing.”

The Huskies will open the invitational at 10 a.m. Friday against Western Illinois University Leathernecks, as well as cap Friday’s matches with a game at 7 p.m. against California State University-Bakersfield Roadrunners. NIU will finish their series of matches at 2 p.m. Saturday against the U.S. Air Force Academy Falcons.

The games mark NIU’s first non-conference contests since 2019 after COVID-19 limited them to a conference only schedule this past spring. NIU recorded a 3-11 non-conference record in 2019.

Following what Gooden described as an intense spring season, Gooden said body management is a focus for his team going into this coming season. NIU will have to make the most of the 10-hour and 19-hour periods between matches.

“Monitoring our health, physically and mentally, has been a big thing for us,” Gooden said. “As we go into this phase, we’ll play at 10 o’clock, do our best to get our bodies fresh for seven o’clock and scout our opponents as well. All those things are just part of the natural tournament weekend. A lot of our players are used to it, but getting everyone on the same page is a big deal.”

WIU went 2-15 last season while Air Force went 7-6. CSU Bakersfield didn’t play due to COVID-19. With little to no tape to study, Gooden said the team may have to learn to adapt as they play.

“As we play each match, we’ll get more information about our opponents,” Gooden said. “Our biggest thing right now is to take care of our side and show our opponents, in this case, Western Illinois, the respect they deserve by playing our best volleyball.”

The Huskies’ first match of the weekend is scheduled for 10 a.m. Friday at Victor E. Court against WIU.