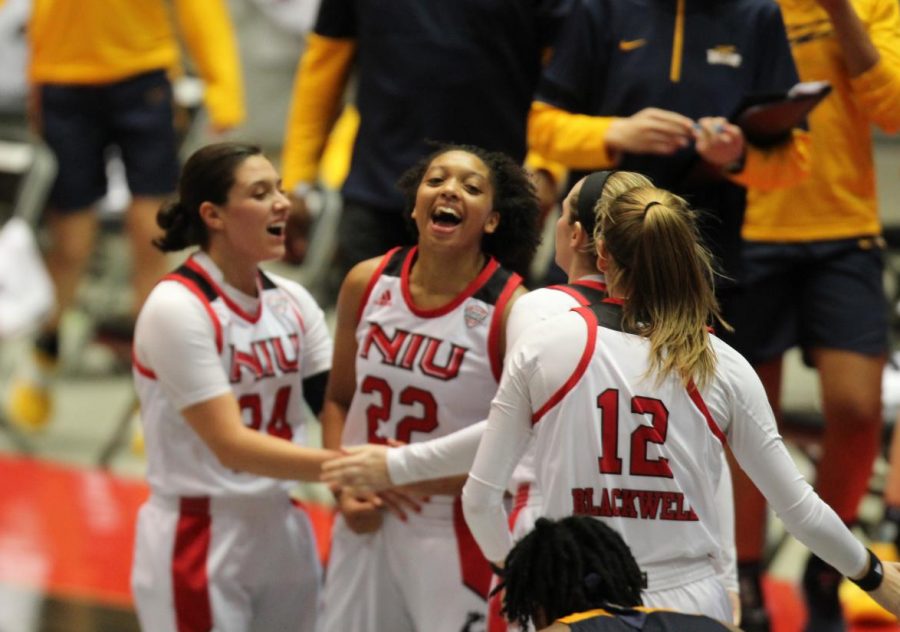 DeKALB — The NIU women’s basketball team’s schedule for the 2021-2022 season was announced Friday on Twitter, laying out 14 home contests for the Huskies.

NIU plays an exhibition on Oct. 29 against Benedictine University at the Convocation Center before opening the regular season on Nov. 9 in the same building against the Illinois State University Redbirds.

The Huskies visit Harvard University on Nov. 14 before hosting the Bradley University Braves on Nov. 22. NIU will be looking to redeem themselves from a 79-71 loss to the Braves in Peoria last season.

NIU hosts the University of Wisconsin-Milwaukee Panthers on Nov. 28 before the start of the Compass Challenge tournament among several Illinois schools, all being held in DeKalb from Dec. 3-4.

The non-conference schedule closes with road games against Drake University and DePaul University as well as a home game against Colorado State University.

To open Mid-American Conference play, NIU hosts the University of Akron Zips on Dec. 29 and has their first road contest on New Year’s Day against the defending MAC champions, the Central Michigan University Chippewas.

After both contests with Kent State University were canceled last season due to COVID-19, NIU hosts Kent State on Jan. 26 and visits the Golden Flashes on Feb. 16.

The regular season schedule closes on March 5 when NIU hosts CMU in DeKalb.