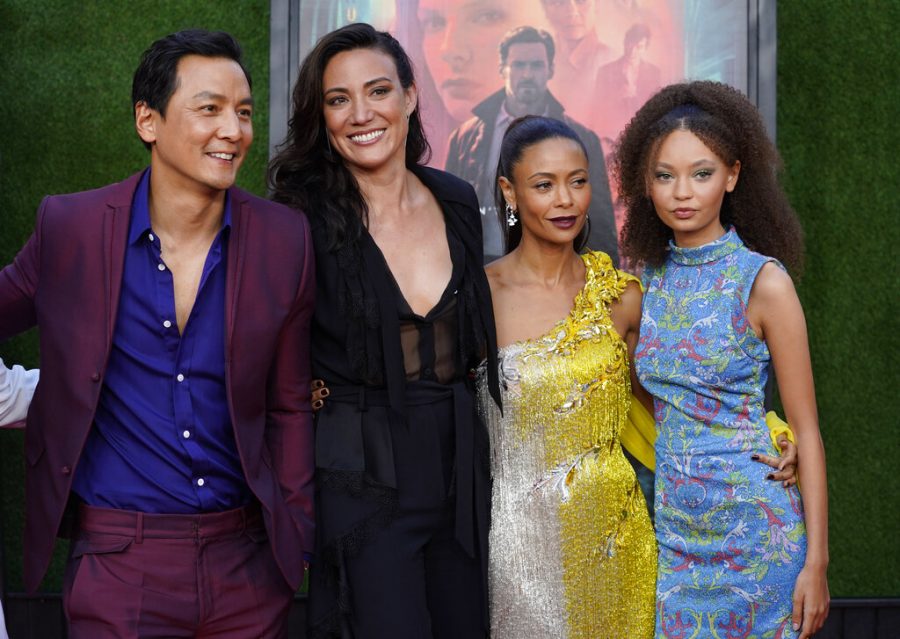 There is never a dull moment in the recent film “Reminiscence,” released Aug. 20. This science fiction film is filled with beautiful cinematography and visuals, enthralling action as well as an interesting romance and storyline. Directed, written and produced by Lisa Joy, this film is unpredictable and full of mystery.

“Reminiscence” takes place in the inevitable near future in Miami. Due to global warming, Miami is flooded because of the rising sea levels. While some of the storyline may come off as unrealistic to some viewers, there are some realistic elements to this dystopian setting.

The film follows private investigator Nick Bannister, played by Hugh Jackman. He runs a business along with his partner Emily ‘Watts’ Sanders, played by Thandiwe Newton, where people can come and pay to relive their past memories. With the way that technology advances now, it really does not seem that far-fetched as it would have just 20 years ago. One customer named Mae, played by Rebecca Ferguson, comes in hoping to resolve an issue, only for a mystery to unravel that Bannister must solve after he develops feelings for her.

This is not the first time Hugh Jackman and Rebecca Ferguson have starred in a film together as they were both leads in the 2017 film “The Greatest Showman.”

Cinematographer Paul Cameron’s expertise is evident in “Reminiscence.” The cinematography and visuals are creative and beautiful, making Cameron’s work one of the highlights of this film. The use of the flooded streets with moody lighting, views of the city from up high and the dark color scheme are captivating.

The film’s score, by accomplished composer Ramin Djawadi, is another highlight. Djawadi also scored the “Game of Thrones” series. The musical score for “Reminiscence” is mostly instrumental, with a few pieces featuring Ferguson’s incredibly soothing voice.

With that said, there are a few bumps in the road for this film.

There are constant voice-overs from main character Bannister that are annoyingly cliché and repetitive. Another issue with these voice-overs is that they continuously bring the audience in and out of the storyline, and unfortunately, take away a lot of potential that was there from the interesting concept and realistic aspects of it. Everything moves so quickly that the viewers are not given enough time to sit in a scene or get attached to any of the characters, making it difficult to care about any of the characters, relationships or deaths. Joy had an intriguing idea, but the execution does not quite do it justice.

The concept for “Reminiscence” shows viewers a flooded Miami, advanced technology and what the near future could possibly be. The dramatic cinematography and intense musical score are spot on, highlighting the interesting mystery-filled storyline.

“Reminiscence” is currently playing in theaters, and it is available on streaming platform HBO Max.