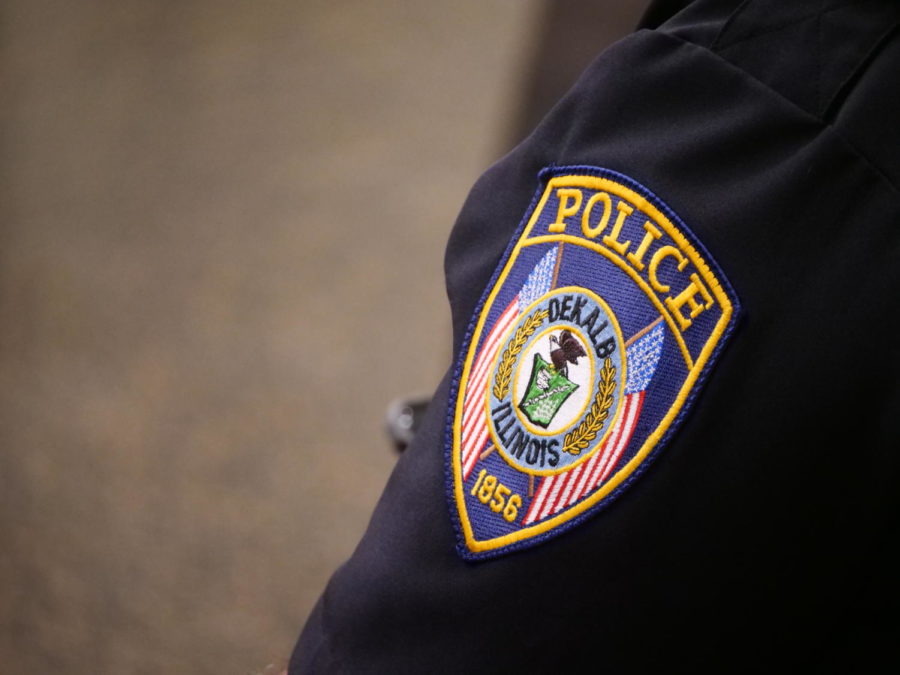 New Hope Missionary Baptist Church hosted a community meeting at 6:30 p.m. Wednesday to talk about the increase in crime in the city of DeKalb.

DeKALB — DeKalb Police Chief David Byrd and Darren Mitchell, acting NIU police chief, held an open discussion with residents about crime and the increase in shootings in DeKalb. The meeting was hosted by New Hope Missionary Baptist Church where nearly 60 residents were in attendance Wednesday.

The discussion focused on the departments’ efforts to slow crime in the area.

Byrd highlighted two methods DeKalb police adopted to fight violent gun crimes. The police department has plans to implement the use of license plate readers. This technology  will be used to identify cars involved in shootings along the perimeter of the city. Byrd said the department hopes to have them up before November.

“The LPRs (License Plate Readers) and the cameras are going to be our eyes where we don’t have eyes,” Byrd said. “That is going to be one of the biggest things we do going forward. We have six officers right now in the police academy. We’re gonna be having two more police officers transferred, so we’re bringing up the manpower along with the technology.”

Byrd said he wants to get to a place in DeKalb where the criminal element is not in play as much as it is currently, but they have a long way to go.

“We are in the infancy stages of lawlessness,” Byrd said.

The purpose of Wednesday’s meeting was to hear back from community members, Byrd said.

“A lot of community members, whether they be from the college or community, do drugs,” said DeKalb resident Ornell Brown.“Stop buying weed. Stop buying pills. Guns are fueled by drug sales a lot of times… Your plug, your weed-man, he’s going to buy himself a gun, and you might be the person that gets shot with it.”

Garette Janu, chapter president of Tau Kappa Epsilon, said membership in Greek life has declined significantly in the past decade due to safety concerns on Greek Row.

The city has also proposed a Citizen Police Review Board. If passed by the DeKalb City Council, the board will review closed police investigations in all “use of force” cases and make recommendations to the police department. The findings will also become part of the city’s public records, according to an Aug. 11 Northern Star article.

No additional community safety meetings have been scheduled for the near future.