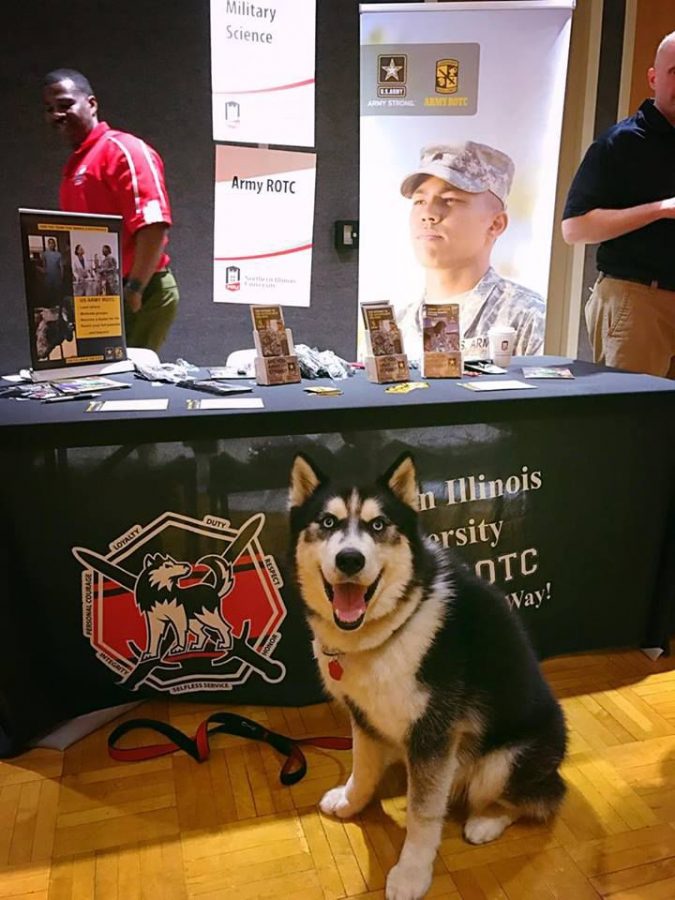 DeKALB — NIU’s first official live mascot, Mission, will retire in ceremonial fashion on Sept. 11, when the football Huskies play their home opener against the University of Wyoming Cowboys, serving as a transition for the new Mission.

The new mascot, formally known as “Mini Mish,” began his mascot term in June. The original Mission started his tenure in 2013 and will turn 10 years old in December, according to both dogs’ trainer, Lisa Boland. Both mascots were funded by alumni and donors John and Cassandra McKearn, according to the NIU Alumni Association.

The new Mission has begun learning his mascot duties for the past two years according to the NIU Alumni Association. The original Mission will enjoy his retirement on 57 acres in Kentucky, Boland said.

“Huskies are a personable and hardworking breed,” Boland said. “They are incredibly intelligent and are eager to adventure. Their insatiable energy allows them to run the football field after touchdowns, and to walk around campus for hours spreading joy.”

The new mascot was specifically selected for his high energy and engaging personality with people and interactions, Boland said.