That time I… went to the Flight 93 National Memorial 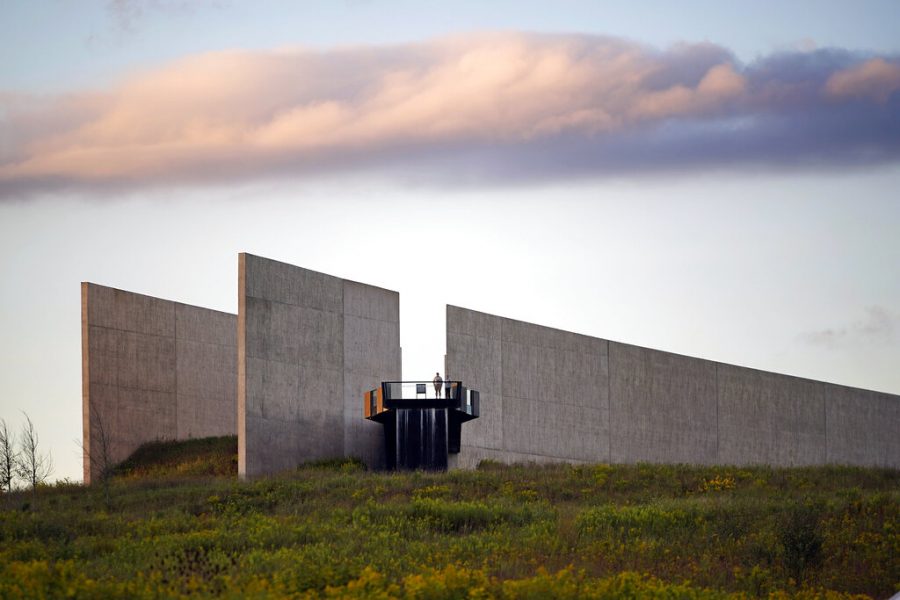 A visitor to the Flight 93 National Memorial visitor center, in Shanksville, Pa, stand on an observation platform overlooking the crash site of Flight 93 at sunset Friday, Sept. 10, 2021, as the nation prepares to mark the 20th anniversary of the Sept. 11, 2001 attacks.

As an Illinoisan who’s used to flat plains, the hills of Appalachia are quite a sight. But the lovely environment of a small town called Shanksville will forever be remembered infamously by the tragic events of Sept. 11, 2001.

In July, my family and I were on vacation in the Northeastern United States. As our last stop, we visited the memorial dedicated to the passengers and crew of Flight 93.

The last target on 9/11 was unknown in Washington D.C. (most likely the Capitol building). The reason why the last target is unknown was because the 40 passengers and crew of the hijacked United Airlines Flight 93 fought back against the plane’s hijackers and, in the process, crashed the plane outside of Shanksville, killing all on board.

Nearly 20 years later, when I stepped foot in that memorial, I became so full of emotion as I saw the spot where 40 innocent lives suddenly ended. While I was alive during 9/11, I was only over a year old, so the way I experienced those events was through reading books and watching documentaries and newscasts of that terrible day. But, even if you were alive and fully aware of what was happening, nothing can prepare you for standing in that field.

When you first get to the memorial, there is a building that has a strange, curved shape. That’s because it is shaped in the flight pattern of Flight 93 when it crashed. This building is a visitor center that provides a historical tour through the events of 9/11.

In the center is a wall filled with phones where you can hear the messages that passengers on the flight left for their families when they realized that they were hijacked and as they were planning to rush the cockpit.

After going to the visitor center, my family and I walked on a long trail filled with trees and wildlife towards the crash site. After passing by a wall filled with the names of the victims, we saw a field where a large boulder stood out and instantly caught our eye, despite looking like a natural part of the landscape.

This boulder marks the spot where the plane crashed. Something about being about 50 feet away from that boulder hit me hard as an American.

As I stared at the crash site, I started to contemplate the history of America since the attacks. How we entered into wars with both Afghanistan and Iraq, which cost tens of thousands of American lives. I wondered if this version of America we have has been worth all of that sacrifice.

However, visiting this site made me proud to be an American, because this site represents how 40 brave Americans who didn’t know each other banded together to prevent Al-Qaeda from crashing into what was most likely the Capitol Building. They made an ultimate sacrifice to save our government after symbols of our military and economic might were attacked.

Their actions proved that average Americans are capable of acts of heroism and selflessness.

As we remember the 20th anniversary of 9/11, we must also remember those who displayed true character on that day: the firefighters, paramedics, police officers and the civilians who laid down their lives to save others.