Film review: ‘Shang-Chi and the Legend of the Ten Rings’ 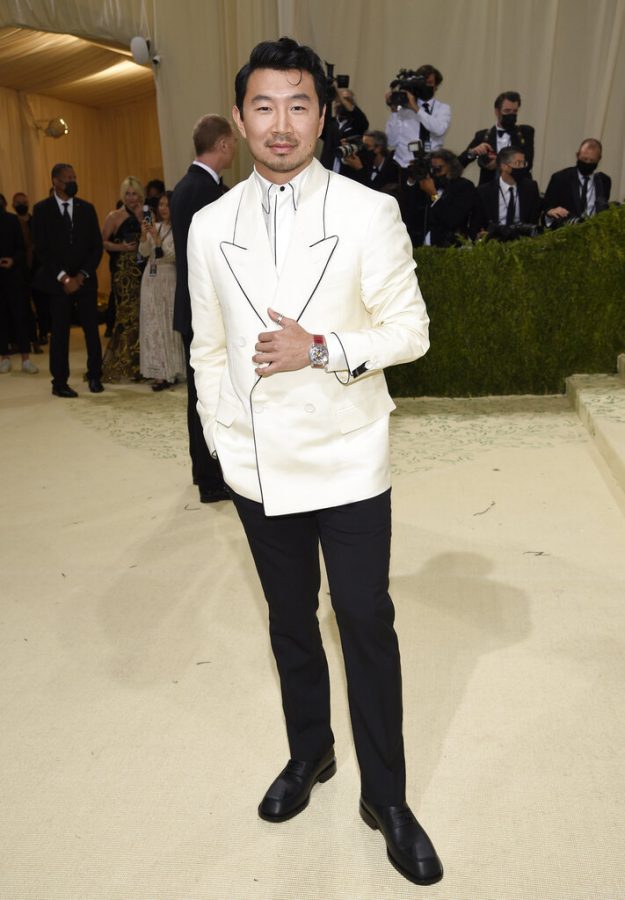 Simu Liu attends The Metropolitan Museum of Art's Costume Institute benefit gala celebrating the opening of the "In America: A Lexicon of Fashion" exhibition on Monday, Sept. 13, 2021, in New York.

Marvel’s “Shang-Chi and the Legend of the Ten Rings,” the 25th film installment in the Marvel Cinematic Universe, is a strong introduction to general audiences of a deep-cut character while also giving a new redeeming rendition of a fan-favorite Marvel villain.

The film premiered exclusively in theaters and earned $94 million over Labor Day weekend – breaking records for that weekend and being the first Marvel movie with a predominantly Asian cast.

Actor Simu Liu stars as the title character, Shang-Chi, who opposes his father and leader of the ten rings organization, Xu Wenwu, played by Tony Leung Chiu Wai. Shang-Chi, trained from a young age in martial arts to be a killer, now lives a simple life in San Francisco as a valet driver.

His father and leader of the ten rings organization has sent for Shang in need of help in finding a hidden village that holds ancient secrets. Shang-Chi must stop his father with the help of his long lost sister, Xialing, played by Meng’er Zhang, as well as his best friend, Katy, who is played by Awkwafina.

Many fans familiar with older martial arts films are in for a treat with this film. Even in the latter half of the film, the action sequences become even more intriguing with the addition of those special effects many have come to expect and even deemed high quality from Marvel studios.

Props must be given to actor Tony Leung Chiu Wai for his portrayal of Xu Wenwu, also known as the real Mandarin, and he definitely proves why he is the real deal whenever he is present on screen. His soft spoken but stern performance for this character fits, and the audience immediately understands why he is a deadly adversary to the protagonist. Xu Wenwu’s reasoning is clear, understandable and sympathetic like many great villains, most notably fellow Marvel villain, Killmonger from the film “Black Panther.”

Allowing the audience to feel sympathetic towards villainous characters was in abundance in the film but falls short from the same mistakes Marvel seemingly continues to make with their villains. Hence why many categorize it as the ‘Marvel formula.’ Nonetheless, Xu Wenwu is a fine addition to the Marvel Cinematic Universe, and it’s easy to see why he is a standout character of the film.

“Shang-Chi and the Legend of the Ten Rings” is a recommended watch for martial arts and Marvel fans. By keeping viewers excited for new possibilities in this cinematic universe, this film is a blast, and the title character is a welcomed addition to the ever growing roster of heroes.