Trustees to vote on contract with police sergeant union 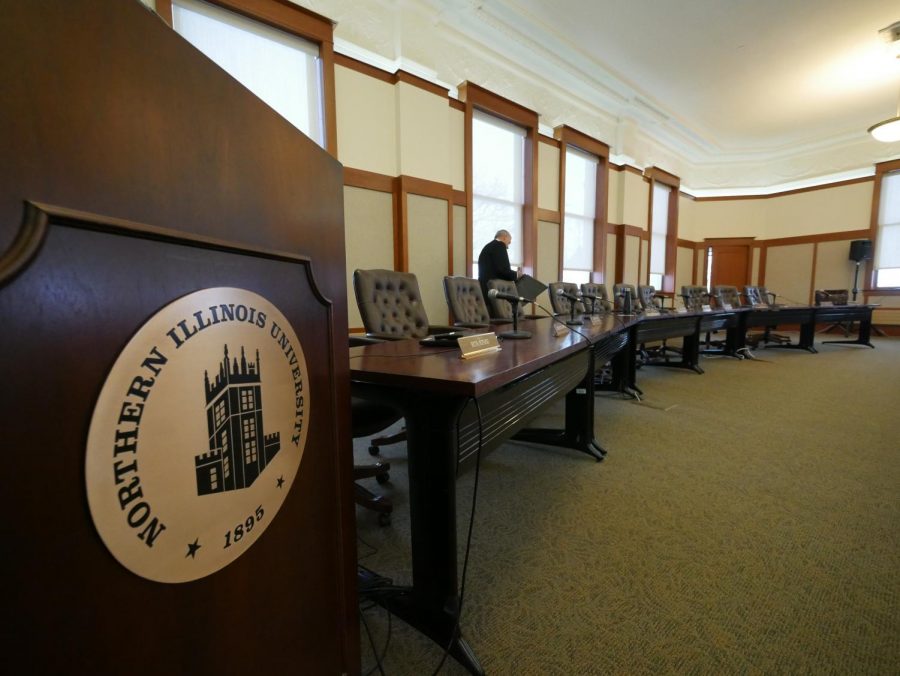 Board of Trustees member prepares for a meeting in Altgeld Hall on Feb. 13th, 2020.

DeKALB — The Metropolitan Alliance of Police #292 Police Sergeant, a union representing nine police sergeants at NIU, and the Board of Trustees have reached a collective bargaining agreement that includes a salary increase for union members.

The collective bargaining agreement, if approved at Thursday’s Board of Trustees meeting, would be effective until 2024 for the nine union members.

The collective bargaining agreement includes an annual 2% increase in wages for police sergeants for 2022 and 2023. By July 2024, union members would be paid $51.74 an hour, according to the agreement.

The agreement also requires that all newly promoted sergeants, within 12 months of promotion, must maintain residency within 50 miles of the NIU Police Station.

Similar to the union’s previous agreement with the Board, oral and written discipline records can be removed upon request after two years have passed, provided that no further related reprimands have been issued since.

The Board of Trustees will also consider an agenda item to upgrade OneCard readers on campus doors to support more secure technology on campus. There are approximately 1,200 exterior and interior doors located in 47 campus buildings which may require some level of upgrade depending on the age of the card readers.

The door hardware replacement will range from full replacement of the existing door frame and hardware to a component change, depending on the situation. The replacements will be completed by outside contractors and in-house workforces under the coordination of an NIU project manager.

The upgrades are projected to cost $1.4 million and the funding comes from local university funds, according to the Sept. 23 Board of Trustees agenda. Local funds can include Student Government Association accounts, research grants and contracts, various sales and service accounts, loan accounts, endowment and similar accounts and etc.

The Board of Trustees will meet at 9 a.m. Thursday in Altgeld room 315.