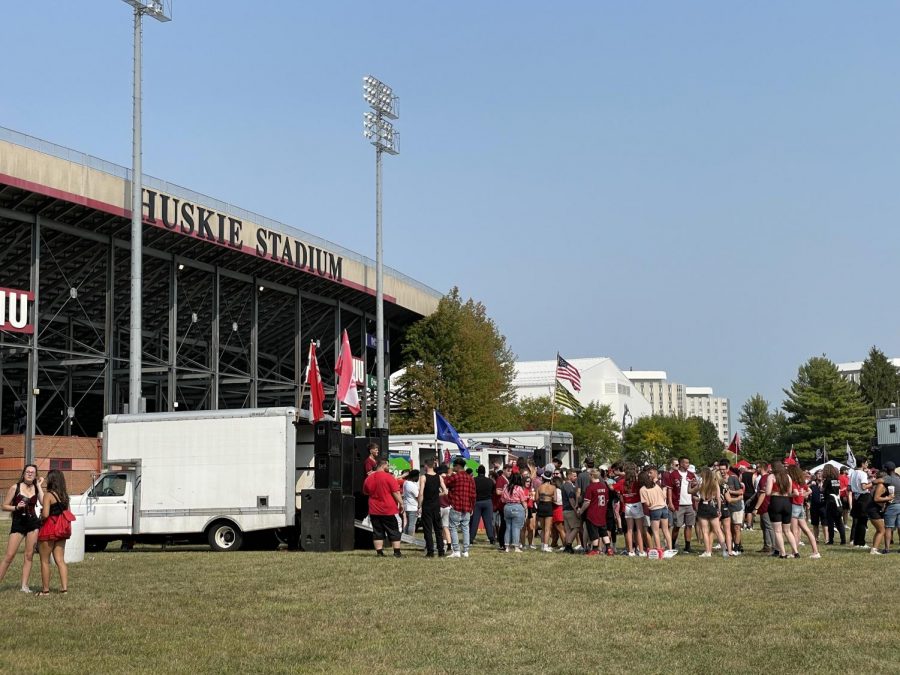 Twitter user @HuskieUnleashed shared photos of long lines during the Sept. 11 game between NIU and the University of Wyoming with the caption, “Do something now, it is not too late, this is not acceptable.”

Frazier said in an interview with the Northern Star that the issues came about due to a shortage of both product and staff.

“It was our staffing model,” Frazier said. “We had a number that was way short. I think we had 20 to 30 folks who were supposed to be there who weren’t there, maybe more than that…We had some significant product shortage due to logistics around COVID and other issues. It was the perfect storm of challenges, and we didn’t get it done.”

Among changes announced in a Monday NIU Athletics news release was an increase in staff in concession and premium areas of the stadium. Frazier said the job recruiting has become a big priority in the past few weeks.

“When you’re dealing with this level of shortage to staffing in the country, you have to over recruit,” Frazier said. “Instead of going for 50 people, you have to reach 100 to get to 50.”

NIU’s news release Monday stated that the returning staff will receive additional customer service training. New hires will take part in an orientation prior to their first shift.

Frazier said the shortage of products like water and beverages was in part due to miscommunication between NIU Athletics and the new management at Sodexo, NIU’s food services provider.

“I’ve talked up the chain and made sure we over communicate our needs,” Frazier said. “A lot of places are having similar types of issues. One of the things we need to do are concentrate on items like water or beverages…It’s totally unacceptable to not have water that day where folks could get dehydrated.”

Fans will be permitted to bring one sealed plastic water bottle with them into Huskie Stadium starting Saturday as long as it doesn’t exceed 17 ounces. Additionally, water fountains will be operational throughout the stadium. The clear bag policy will still be in effect.

Two smaller concession stands have been added on the East side concourse, one of which will be a designated beverage-only grandstand.

The main concession stands on the East and West sides will now be accepting both card or cash payments, while all smaller stands will continue to accept cash only.

Huskie Stadium hosts their next game at 1:30 p.m. Saturday when the NIU football team faces the University of Maine.