A love letter to ‘Berserk’ 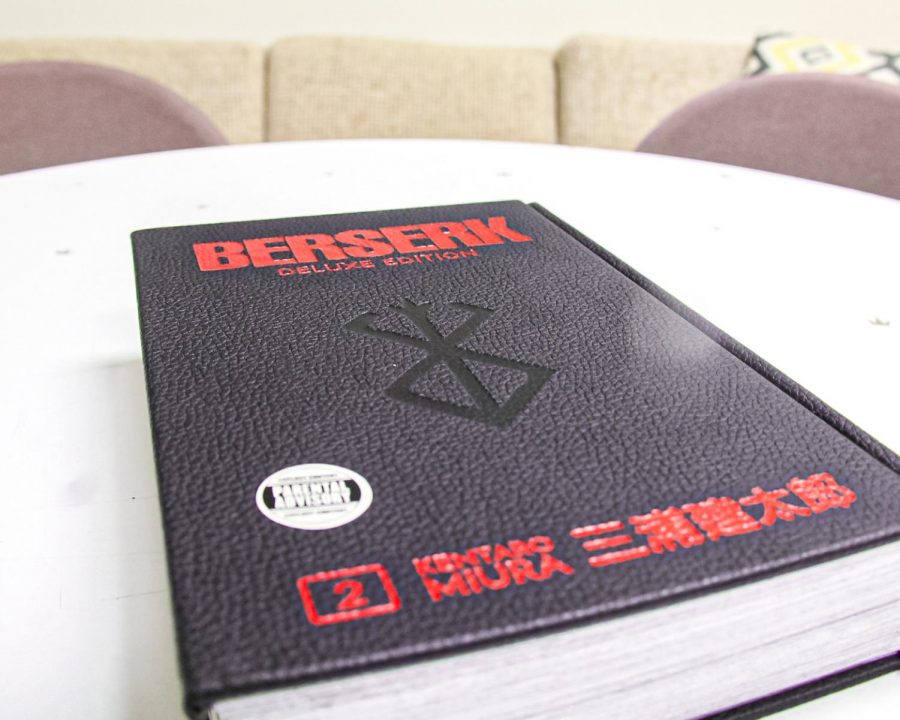 There’s plenty of dark fantasy properties in existence, but none shine quite as bright as “Berserk.”

“Berserk” follows black swordsman, Guts. The lone mercenary finds his way into a group called the Band of the Hawk. There, Guts meets Casca, a high-ranking commander within the Hawk, and Griffith, an angelic yet merciless leader who wants his own kingdom. From there, “Berserk” follows these three characters closely, how each individual grows and their dynamics between each other.

While “Berserk” portrays an extremely unforgiving and nihilistic world full of bloodshed and trauma, there’s a certain delicacy that Japanese manga author Kentaro Miura poured into his work. Behind all the gore and nightmarish imagery, “Berserk” is an entirely human story.

While the content that makes up “Berserk” is entirely fictional, Miura effortlessly makes the story feel relatable through the character writing and overarching themes. Guts’ life has only been filled with small glimpses of happiness, and the rest has been relentlessly traumatic. But it’s the resilience of Guts and his will to survive through it all that speaks to readers.

Each panel of character development is embedded with importance, despite how small the character may be within the grand scheme of a 364-chapter run. And the same can be said about the lore “Berserk” establishes. With each passing arc within the manga, the world of “Berserk” expands in monumental fashion, and no development feels forced or wasted.

Miura’s illustrations are simply unrivaled. Miura displays massive scale with such ease and grace. No matter how horrific a panel within “Berserk” may seem, Miura’s work always feels profoundly groundbreaking to witness. Even the panels that solely focus on one subject or character are extremely effective.

When thinking back upon “Berserk” as a whole, the moments that always immediately come to mind are the quiet and human ones, but that doesn’t mean the action doesn’t hold weight. The brutal and gory action Miura conjures up is damn bloody fun. Whether it’s Guts fluently cutting through soldiers and monsters with the massive dragon slayer or the towering monstrosity Nosferatu Zodd ripping his victims from their limbs, the action never loses a beat.

The legacy of “Berserk” has been remarkably influential across several mediums. Series like “Attack on Titan,” “Demon Slayer: Kimetsu no Yaiba,” “Jujutsu Kaisen” or games like “Final Fantasy,” the Souls-borne series, “Devil May Cry” and even bands like Beast in Black and Brand of Sacrifice most likely wouldn’t exist without “Berserk.”

The world of “Berserk” stood still when its beloved creator died of aortic dissection in May 2021.

Not enough can be said about Miura’s dedication to “Berserk,” a property he spent most of his life creating and sadly wasn’t able to finish the story to its conclusion. Chapter 364 marked the last chapter Miura worked on, and despite the possibility of Miura’s assistants continuing the manga, the chapter oddly feels like a perfect swan song for the late author.

It’s the masters of their medium like Miura that make art worth appreciating. For countless reasons that will be discussed for generations, “Berserk” will go down as one of the all-time greats within the manga medium, and Miura’s prolific artistry and influence will not be forgotten anytime soon.