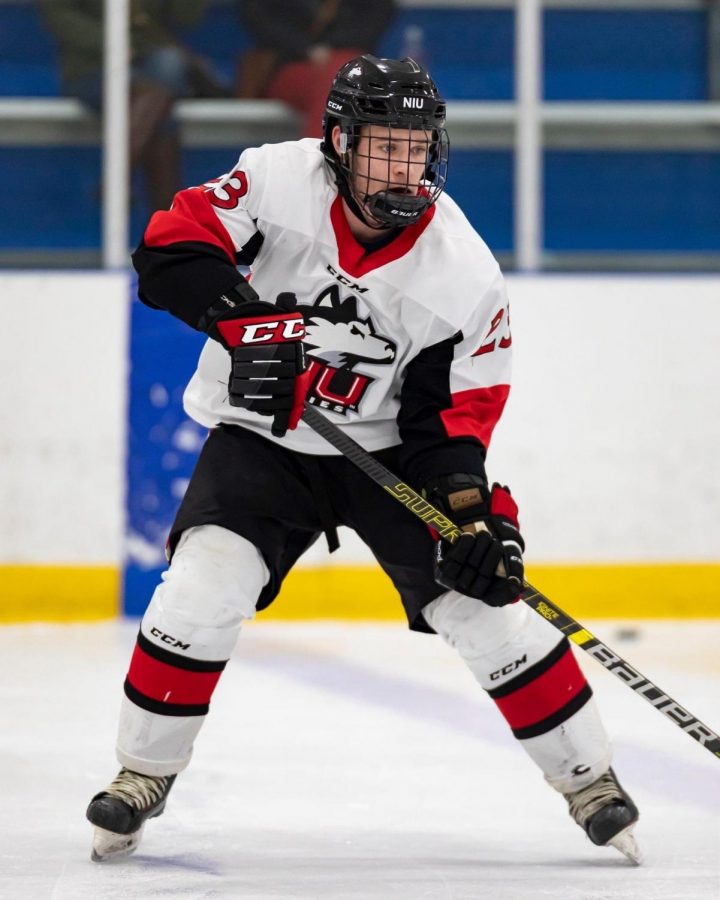 The Huskies came out swinging in the first period with a goal shot from junior forward Rodahn Evans 14 seconds into the game. A little over halfway into the period, NIU went up 2-0 after a score by senior forward Brandon Ledyard.

Going into the second period, NIU remained in the driver’s seat after tacking on four more points to the scoreboard. In the midst of the flurry of goals, Western Michigan was able to respond with its first goal of the match.

“We got off to a really fast start,” head coach Nicholas Madonia said. “We scored early on and momentum set off from that note.”

In the last 20 minutes of gametime, both sides exchanged goal shots. By the final buzzer, the Huskies had outscored the Broncos by five shots. Evans and Ledyard led the team in scoring, each having a pair of goals.

In the second day of competition, NIU saw Western Michigan dominate the game’s opening period with three consecutive goals in a span of eight minutes.

The following period saw multiple penalties from both teams before Western Michigan scored once again on a power play. After another exchange of penalties to end the period, the Broncos held the Huskies scoreless and led 4-0.

As they wrapped up the two-day-long series, Western Michigan scored two more goals to boost their lead to 6-0. The final two scores of the game were made by junior forwards Rodahn Evans and Mason Ihrke to make the final 6-2.

Madonia attributed Saturday’s performance to injuries and fatigue that plagued the team.

“We were a little banged up,” said Madonia. “We were short two guys that played on Friday.”

NIU earned its first win of the 2021 season in the Friday victory, bringing their overall record to 1-5.

“There was excitement but a lot of relief,” Madonia said. “The fact that they were able to play a full 60-minute game on Friday was a sense of relief.”

The victory was also the first for Madonia at the helm of the Division I hockey program. Madonia has also been in charge of NIU’s Division II and Division III teams in the past.

“It was a really cool moment,” said Madonia. “Now I have a win across all three levels at NIU. It was a big personal moment for me.”

The Huskies’ next matchup will be against the Waldorf University Warriors. The first of two matches are scheduled for 7:30 p.m. Friday at Albert Lea City Arena in Albert Lea, Minn.