That time I… raised six pigs 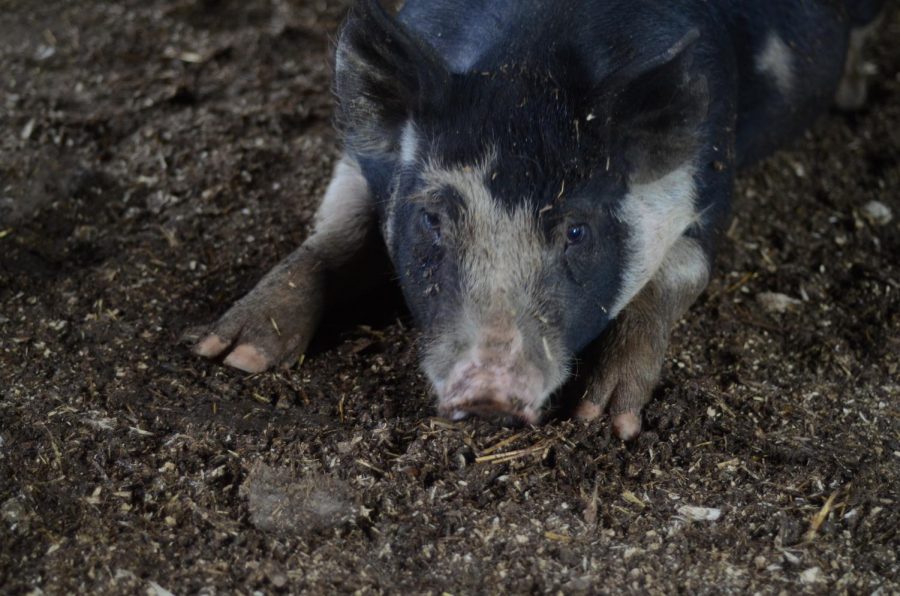 One of the pigs raised by the family, named Kevin.

During the first lockdown of the COVID-19 pandemic, many of us took up hobbies. Normal hobbies include bread baking, putting together jigsaw puzzles or knitting. I, however, took care of six pigs for meat production alongside my family.

Due to my brother and I taking online classes, my mom not being able to work and my dad being the only one of us working, we quickly were running out of things to do by the time May approached.

One day, as we all watched an agricultural fair on PBS, my mom saw a pig competition and asked us about getting pigs. We all immediately said no because we thought she was joking. Only, she wasn’t. Then my dad thought about it and eventually realized that it was actually a good idea.

In May, my dad purchased six pigs from a man who raises them for competitions, with ones that don’t look as good being sold to local farmers. Getting used to taking care of livestock was surprisingly easy, mainly because my grandfather farmed pigs for decades, and my dad worked with him from his childhood until his early 20s.

As long as you keep the pigs well-fed, give them access to clean water and create a comfortable habitat, they develop a sense of natural equilibrium.

While six pigs are easy to take care of if you have the proper knowledge, one thing that makes pigs stand out is how entertaining they are. My father always said that pigs are like a two-year-old on steroids because they’re very curious, intelligent and have their own personalities. Some are more friendly, while others are shy and need to be approached more slowly.

Because we only have six of them at a time, you can spend more time with each one as opposed to when you’re raising hundreds at a time. We’ve named them, we brush them, we feed them marshmallows once a day (they go nuts for them), we give them bowling balls to play with and sometimes our friends’ children come by to spend some time with our pigs. And when the summer heat gets bad, we even spray them with a hose, which they love.

But, at the end of the day, these animals are for meat production, and last year, in November, we sent them to get processed into various cuts of pork. It’s always emotional sending them to be slaughtered because you do get attached to them.

However, the way I see it, my family and I have spent six months giving them the best treatment possible. We have loved these animals and given them a much better life than they would have had in a massive hog house where they wouldn’t be pet, fed marshmallows or be truly loved.

Just like in 2020, this year we have another six pigs, and over the past two seasons, this venture has taught me so much about what it takes to raise an animal. It’s also connected me to my family roots in agriculture and lets me know where my food comes from.