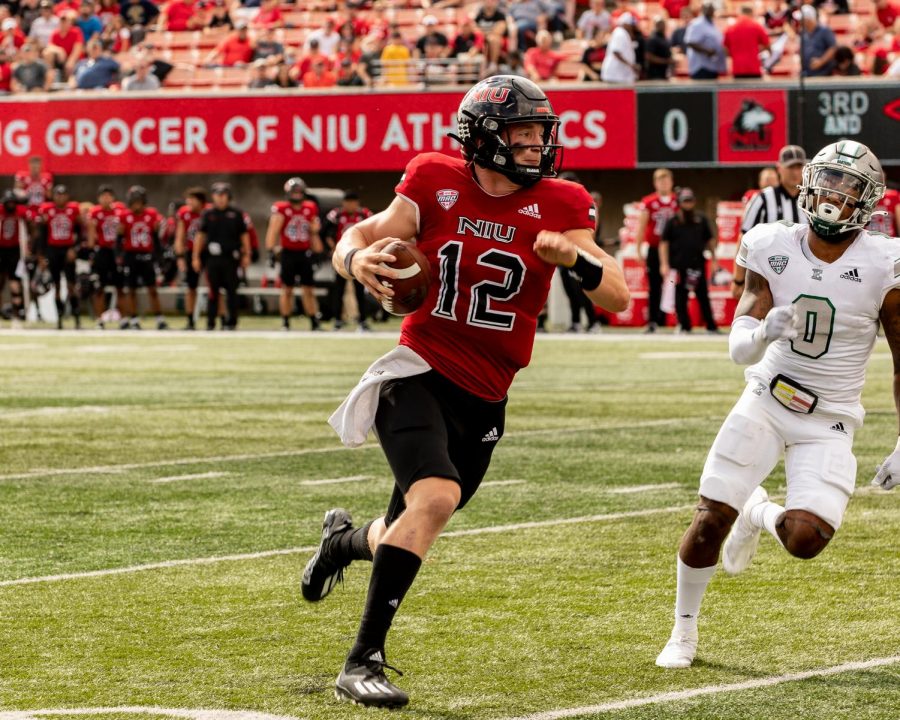 Then-redshirt junior quarterback Rocky Lombardi rushes to the right against Eastern Michigan University at Huskie Stadium on Oct. 2, 2021. Lombardi made his return from injury in Saturday's matchup against EMU.