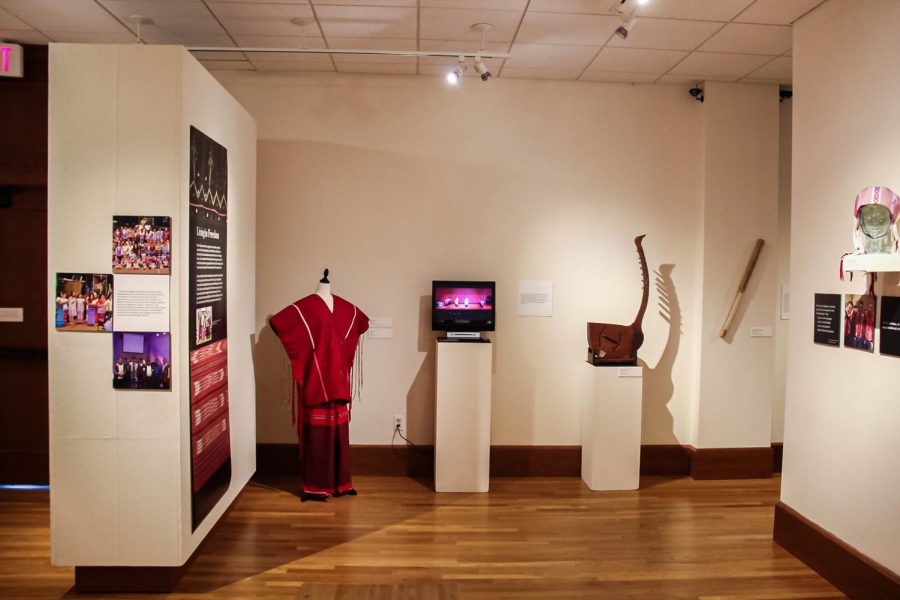 The NIU Art Museum is showing an exhibit through Nov. 12 featuring the culture of Karen refugees, who come from a region of Myanmar (formerly Burma).

The Art of Surviving: The Journey of the Karen Refugees in Illinois is an exhibition held at the Altgeld Hall which fostered the inspiring stories of many Karen refugees leaving their homes to live a better life in the U.S. Catherine Raymond,  curator and director of Center for Burma Studies and Karla Findley, former alumna and lead researcher, had worked together on this project since 2015.

Raymond had spent some time with the Karen refugees when they had settled in Aurora, Illinois for more than 15 years. From Raymond’s research to Findley’s experiences, they wanted NIU to share Karen’s journey of surviving from a country that is led by a dictatorship.

The exhibition created a humbling and inspiring experience by hosting the adversities of the Karen refugees finding their way to freedom apart from the brutal dictatorship led in their country. The exhibition was divided into the three stages of Karen’s journey: life in Burma, life in a refugee camp and life in the United States. In the stage about their life in Burma, there’s a replica bamboo house where Karens lived in the mountains in Burma, along with historical artifacts. Each artifact presented in the exhibition holds significance to Karen culture and how they keep their spirits high.

Throughout the rest of the exhibition, the display showcases Karens’ experience of being on the border of Thailand in refugee camps. A group of Karen refugee women had stopped by at NIU from Aurora to talk about their experiences throughout living in the camps. These women also contributed to the production of the exhibition.

“My husband and I worked hard to make money. I’ve learned to weave and did that to make money in the camps,”former refugee Paw Yee said.

For many camps, it was nearly impossible to leave and was very limited when it came to food, shelter and more, though they were supported by international organizations. The process of finally getting into the U.S. was difficult for most because they had to take several screenings with the U.S. Embassy.

These women and others had gone through a traumatic experience in Burma. The Burmese Military had taken rule of people and their lands by burning, raping and killing them.

NIU makes it their objective to include people from all backgrounds to a diverse institution that builds and maintains academic excellence. Raymond believed these descendants of Karen refugees needed to be heard because it reminds people that there are those in the world going through life or death situations.

Arkar Kyaw is a doctoral student at NIU and president of Burma Interest Group from Burma. While not of Karen descent, Kyaw wanted to share this story because their experience was humbling and wanted to make their voices heard from the challenges they’d overcome.

“Take a moment and realize how privileged you are and then take action to try to help make a difference,” Kyaw said.

The NIU Art Museum located in Altgeld Hall is open from 10 a.m. to 1 p.m. on Tuesday and Wednesday’s, from noon to 6 p.m. on Thursday and Friday’s and noon to 3 p.m. on Saturday’s. The museum is also available by limited appointments and cost is free of admissions. This exhibition will run to Nov. 12.