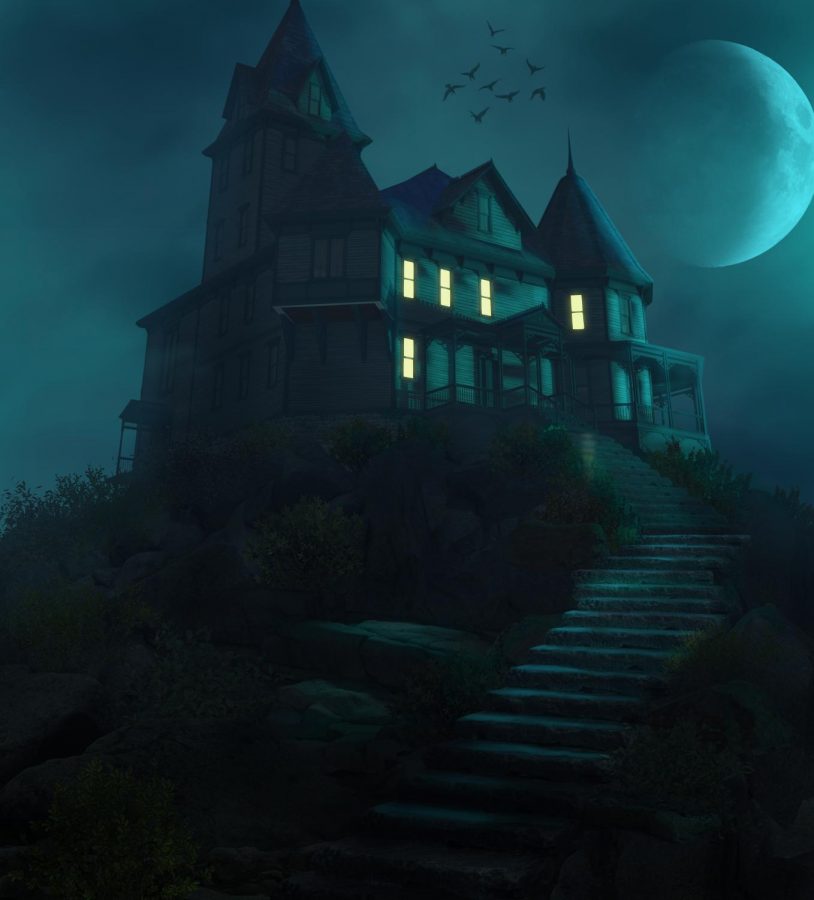 Halloween provides the opportunity to dive into horror and seasonal themed movies.

It’s now October, making it the perfect time to watch some spooky and scary Halloween films. Whether viewed in a movie theater or at home, these films will keep audiences hooked until the ending credits. To get into the Halloween spirit, here is a list of the top 5 Halloween films.
1) Psycho (1960)
“Psycho” is a classic psychological horror film directed by Alfred Hitchcock that follows Marion Crane, played by Janet Leigh, having to stay at a motel owned by Norman Bates, played by Anthony Perkins, due to bad weather. The film was shot in black and white, but if anything this high contrast adds to the film’s creepiness.
2) Midsommar (2019)
The Horror thriller “Midsommar” follows Dani, played by Florence Pugh, and her many family and relationship issues. Dani and her friends decide to take a trip to Sweden to celebrate a rare festival and soon realize they are stuck in an isolated location with a pagan cult. Most of the film is shot during daylight, which is rare as most horror films are shot at night, but “Midsommar” uses this to its advantage by showing every little detail of the cults activities creating something truly spine-chilling.
3) Coraline (2009)
While it may be rated PG, “Coraline” is still thrillingly eerie no matter what age the viewer is.

Dakota Fanning voices Coraline, who has just moved to a new place with her family. Her neighbors are bizarre offbeat characters and Coraline finds that their new house has a portal to another world that is a variation of her own reality.
4) A Quiet Place (2018)
“A Quiet Place” stars John Krasinski and Emily Blunt as Lee and Evelyn Abbott as they try to keep themselves and their children alive in this science fiction thriller. The film’s post-apocalyptic world forces those who wish to stay alive to stay silent as any noise could draw the attention of bloodthirsty alien-like monsters.
5) The Shining (1980)
Another classic psychological horror film is “The Shining” directed by Stanley Kubrick. The storyline follows Jack Torrance, played by Jack Nicholson; Jack Torrance’s wife Wendy, played by Shelley Duvall; and their son Danny, played by Danny Lloyd. The family travels to the Overlook hotel in Colorado so that Jack Torrance can take a job looking after the hotel during the winter. The hotel is isolated and the snow makes it almost impossible for anyone to leave or enter the premises. The visuals and cinematography are what really make this film so unnerving and sinister.