That Time I… visited the French countryside 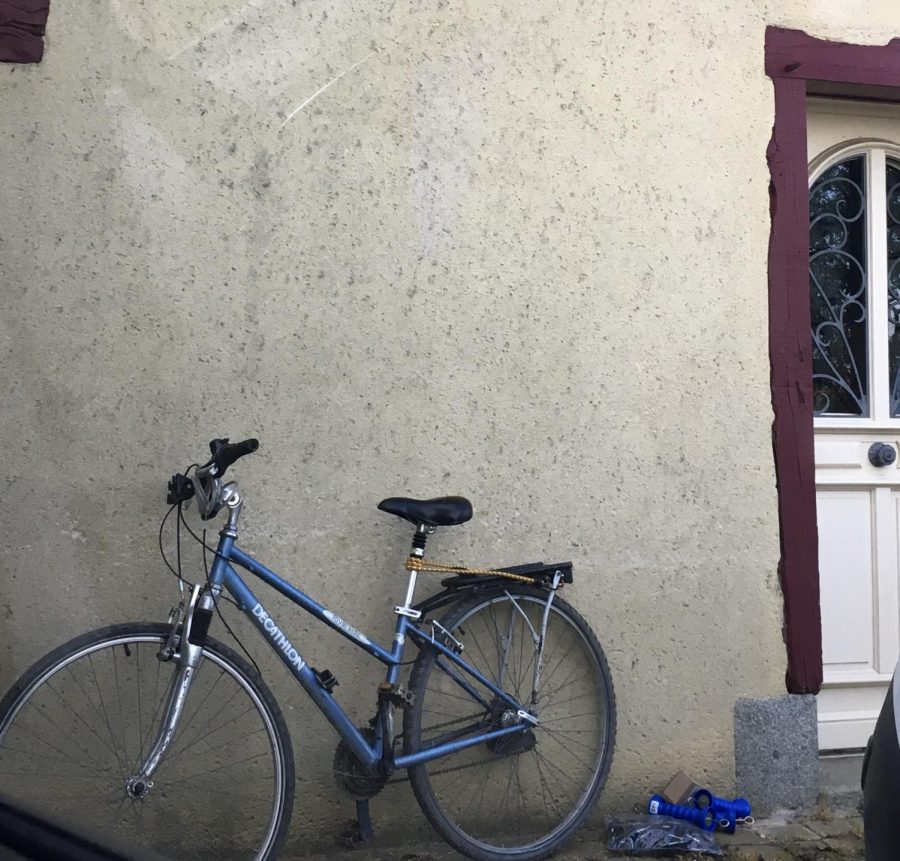 A bicycle leaning against a wall in Brittany, France.

When I was 17, I stayed with a French family in Brittany for a week. This was one of the perks of taking French classes for all four years in high school.

Unlike Paris, Brittany is much more rural, with wide open space, farms and forests. The house I was staying in looked like a painting: the house was long instead of tall, and had two floors. The outside was a rough beige and detailed with a red door and shutters.

Sat in the middle of the French countryside, surrounded by farmland and only a handful of neighbors, this is not how I thought my trip would begin. I thought I’d at least be in a city!

In fact, I prefer the city. I like being surrounded by people and always having something to do. But there I was, on a farm in a country with a language I wasn’t fluent in.

I didn’t like it at first. My French wasn’t as good as I thought it was, and it felt awkward living with another family. To say this was culture shock is an understatement.

For seven days, I could only speak French, and I (sort of) helped on the farm.

My host father spoke some English, and he tried to teach me how to milk a cow, which went about as well as me trying to speak French. It was much more fun playing with the baby pigs anyway.

By far the best part of this experience was the food— France isn’t known for its elite gastronomic experiences for nothing!

My host mother was, perhaps stereotypically, a fantastic cook. Every morning we’d have freshly squeezed apple juice and for dinner we’d have fresh squash soup, a baguette and cheese.

There’s nothing like French cheese spread on a fresh baguette, and I still long to taste it again.

I was very far from the Parisian dream I thought I’d be living, but I don’t regret it.

My French improved, and I got to experience a side of France most tourists don’t see. I got to see and live the daily life of a French person.

It wasn’t elegant and pretty like Paris, but it was still an experience I will never forget.