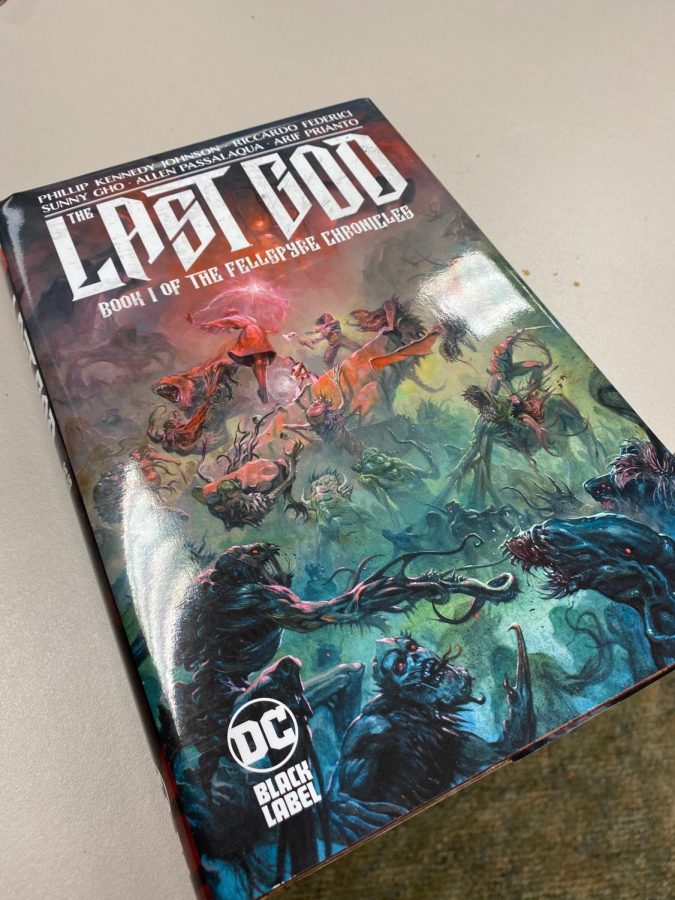 “The Last God” is a high fantasy graphic novel by writer Phillip Kennedy Johnson and artist Riccardo Federici. The first issue was released in 2019 as a part of DC’s Black Label. “The Last God” is an intricate story with a deep backstory and history.

The story centers on two fellowships of heroes throughout two time periods that are 30 years apart. Both journeys intertwine with one another in the same battle against an ominous threat to the land of Cain Anuun. The world feels real with world building reminiscent of J.R.R. Tolkien, author of “The Lord Of The Rings” and other fantasy writers. The dangers the characters face are deadly and even horrifying.

This is a testament to the amazing art by Federici. The darkness of the art compliments the nature of the story.  The creatures are spine tingling with body horror similar in comparison to John Carpenter’s “The Thing.”

The violence in the book is satisfying and doesn’t leave a lot of room for dull moments. However, due to the mature nature of the story, including gory violence and sexual content, this is not for the faint of heart. “The Last God” is not intended for younger readers and would probably confuse general audiences who are new to the fantasy genre. This confusion can set in because a lot is going on at the same time. The story goes back and forth between the past and present using some of the same characters.

Overall, the story is a treat to those familiar with the genre, and the art is astounding to look at. The story is convoluted at times, but nevertheless, it keeps the reader entranced in the adventure of the fellowships.