Bears’ future is in Arlington Heights 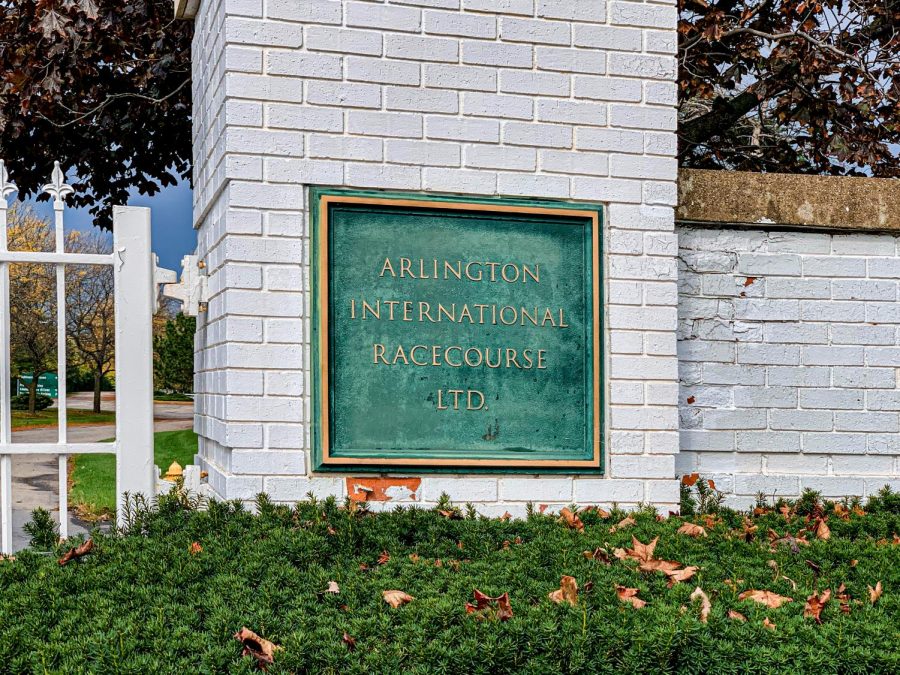 A sign marking the entrance to the Arlington International Racecourse in Arlington Heights. The Chicago Bears purchased the property for nearly $200 million.

In a season marred with quarterback controversy and questionable coaching, the Chicago Bears made a midseason splash by making an agreement that signals a departure from its longtime home at Soldier Field.

On Sept. 29, the Bears and Churchill Downs Incorporated signed a Purchase and Sale Agreement for the Arlington International Racecourse and surrounding properties, spanning 326 acres. The purchase agreement is valued at $197.2 billion.

With several teams like the Los Angeles Chargers and the Los Angeles Rams relocating and building new stadiums, the Bears’ current home in Soldier Field is becoming increasingly obscure. Historic as the venue may be, it simply isn’t a premier location in today’s National Football League.

For starters, Soldier Field currently has the lowest capacity of 30 full-time NFL stadiums, capable of holding a maximum of 61,500 people. It is also not a desirable location to host a Super Bowl by current standards. In its 97 years of service, making it the oldest stadium in the NFL, Soldier Field has never, and likely never will, serve as the home to the Big Game.

One of the biggest knocks against the former National Historic Landmark is its status as an open-air stadium. Being located in the northern United States, any games played at the stadium in February have a high probability of being played in frigid climates. With that in mind, the NFL would likely find other venues more attractive to ensure maximum profitability.

As promising as the idea of relocation is, it is important to note that no purchases have been finalized.

“Work remains to be completed, including working closely with the Village of Arlington Heights and surrounding communities, before we can close on this transaction,” Bears President and CEO Ted Phillips said in a team statement on Sep. 29. “Our goal is to chart a path forward that allows our team to thrive on the field, Chicagoland to prosper from this endeavor, and the Bears organization to ensure a strong future.”

All the while, the city of Chicago is still making efforts to entice the Bears to remain in the city they’ve played in for over a century. Chicago mayor Lori Lightfoot has publicly expressed her interest in keeping the Bears in the Windy City.

“I’m going to keep working to keep them here in Chicago,” Lightfoot said in a Sep. 29 press conference. “I think that’s in everybody’s interest if we do it.”

The largest obstacle that the Bears must deal with if they decide to leave Chicago is their current lease at Soldier Field. The lease currently runs through 2033. If the Bears were to break the lease in 2026, they would be required to pay the city $84 million. The later the team leaves Soldier Field, the lower this value will become.

While the organization itself stands gain in the long-term by relocating, the fans also have an opportunity to reap the benefits. If the Bears finalize their decision to leave the city of Chicago and break ground in Arlington Heights, the venue that replaces Soldier Field’s role as the home of the Bears will almost certainly have a much larger capacity.

Moreover, travelling to home games for fans should be considerably smoother. Without the headache of Chicago’s infamous rush hour traffic, fans would be able to cut their travel times, reduce frustration and be able to enjoy the authentic game day experience.

However, just as the basic rules of economics dictate, everything comes with a cost. Due to the considerable amount of funding that would go into a new stadium in Arlington Heights, fans will likely see ticket prices increase across the board.

Additionally, the question of how a stadium project might be funded has brought up concerns of taxpayer funding, though Arlington Heights mayor Tom Hayes has said that taxing local residents would be used as a “last resort.”

“We have tax incentives we use to attract or retain businesses,” Hayes said following an Arlington Heights village board meeting on Monday night. “ I don’t know if we’re going to use it. They’re a last resort.”

All things considered, a move to Arlington Heights would prove to be a wise decision in the long run. Based on its on-field performance in recent years, a change of scenery might be a driving force in a resurgence for the Monsters of the Midway.

While the Bears work out the logistics of the potential move, they will continue to play their home games at memorable Soldier Field. Their next game will be at 12 p.m. Sunday when they face off the rival Green Bay Packers.