Four contenders stand out in NBA 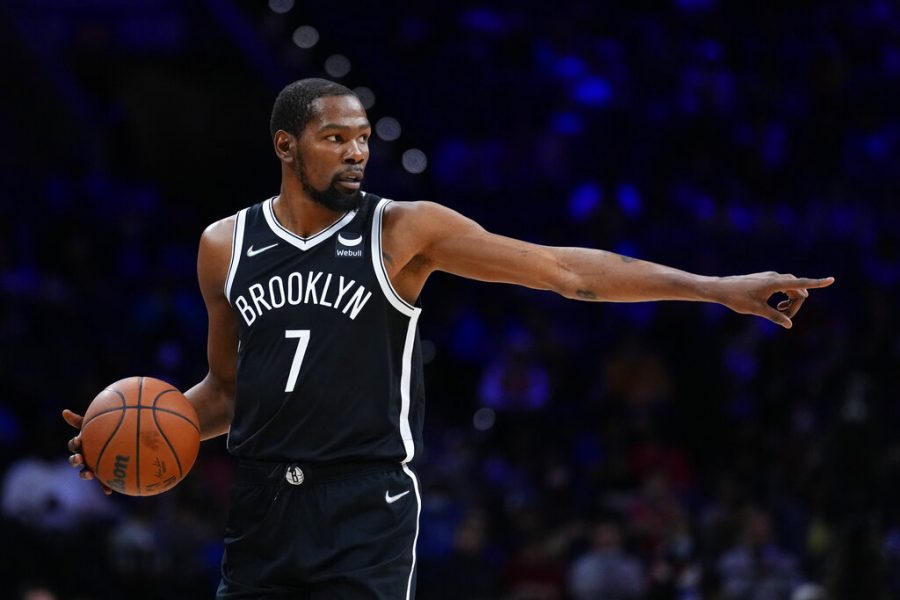 The NBA preseason ends this week, and the regular season will kick off on Oct. 19.

Coming out of preseason, there are four teams that make a strong case to raise the NBA championship trophy at the end of the year, those being the Chicago Bulls, the Miami Heat, the Golden State Warriors and the Brooklyn Nets.

The Bulls have made these moves while still keeping guard Zach LaVine and center Nikola Vucevic. This allows for numerous scoring options, along with a solid playmaker in Ball, who can find his shot and create for others.

In the two games of play, the Bulls have won by 35 points and showed that they were clicking on all cylinders as a unit. With many other talented teams in the east, the Bulls are a team with championship aspirations to watch out for.

The Miami Heat are another team to look out for, perhaps landing the steal of free agency in guard Kyle Lowry. Lowry is a former NBA champion with the Toronto Raptors and one of the primary contributing factors in the Raptors securing the title.

The Heat still have many of their key players from their 2019-2020 finals run, including guard Jimmy Butler, forward/center Bam Adebayo, guard Tyler Herro and guard Duncan Robinson.

The Heat are looking to return back to the finals, adding pieces such as guard Victor Oladipo, forward PJ Tucker and forward Markieff Morris, who all come from teams with playoff experience.

The Heat are a top team in the East to look out for and will pose a threat to teams around the league.

The Golden State Warriors are no strangers to winning at the biggest stage. The Warriors have All-Star guard and three-time NBA champion Klay Thompson coming back after two years of rehabbing injuries.

Warriors guard Stephen Curry is coming off an MVP-caliber season, leading the league in scoring with 32 points per contest.

The Warriors are also getting center James Wiseman back, who was sidelined by injury for the majority of last season.

The Warriors have the third-best odds to win the NBA Championship behind the Los Angeles Lakers and the Brooklyn Nets, according to VegasInsider.com https://www.vegasinsider.com/nba/odds/futures/

The Brooklyn Nets are the front-runners to win with +240 odds to win the NBA championship.

The Nets were able to bring back their big three of forward Kevin Durant, guard James Harden and guard Kyrie Irving.

Between the three of them, each player can score at any level and create a shot for themselves and their teammates.

Last season, the Brooklyn Nets lost in the conference semifinals to the Milwaukee Bucks in game seven. Many believe the result would have been different if Kyrie Irving was available and if Durant’s shoe size was smaller after having his foot over the three-point line on a late shot.

The Nets will again be a team to look out for, posing a threat in every facet for any team standing in their way.

The great Kevin Garnett once said, “anything is possible,” and that holds true for who will hoist the Larry O’Brien trophy at the end of this season.