Huskies honor seniors, six of whom started, and draw with Buffalo in penultimate home game of the season 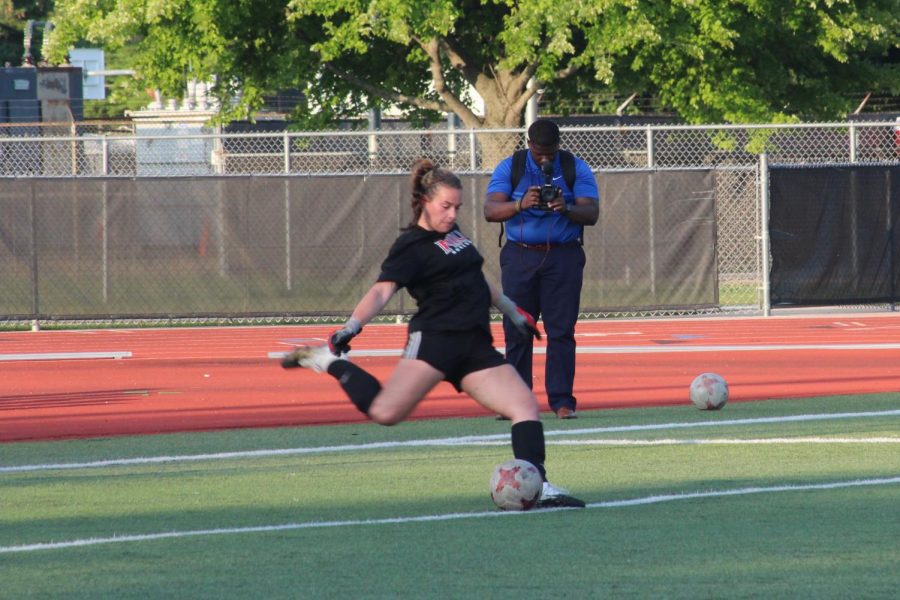 DeKALB – The Huskies women’s soccer team and the University at Buffalo Bulls went head-to-head Sunday, with the game ending in a 0-0 draw.

Sunday’s matchup was senior night for the Huskies, and six of the 11 starters were seniors.

“For me, I’ve never been a head coach without these seniors,” head coach Julie Colhoff said. “To me, they mean a lot as well.”

Early in the match, Buffalo found a way to get to the box with good shot opportunities on goal. In the 7th minute, Buffalo graduate midfielder/forward Marcy Barberic scored a penalty kick for the Bulls giving them an early 1-0 lead.

In the 12th minute, senior goalkeeper Julia Lentz made a save from the bottom left shot by Barberic to halt a scoring opportunity.

Buffalo continued to make their way into the box, but their shots could not hit the back of the net.

Senior defender Kylee Hermeyer and redshirt senior forward/midfielder Amanda Czerniak were active defensively for the Huskies throughout the whole match, intercepting passes and clearing the ball out.

As the half went on, NIU began to get in the box to create better opportunities to score. In the 32nd minute, redshirt senior midfielder Grace Louis took a shot at the goal and just missed outright.

In the second half, the Huskies played with much more fire and intensity on both sides of the ball.

In the 49th minute, graduate forward Haley Hoppe attempted a shot that went out left, but the Huskies stayed persistent. In the 54th minute, redshirt senior Grace Louis scored a goal assisted by Czerniak to tie it up 1-1.

NIU followed up in the 55th minute with a corner that Hoppe almost converted, but the ball went far right.

Sophomore midfielder Olivia Bizzoni gave the Bulls a spark offensively, getting into the box frequently to create for teammates and looked to score as well.

In the 89th minute, the final shot of regulation came from Bulls junior midfielder Leah Wengender which would be too far out right.

Neither team was able to break the tie, and the game went  into overtime.

The first shot of extra time came from senior midfielder Katherine Camper, but she was unable to connect. Buffalo stayed in the opposing box, but the Huskie defense did not allow them to score.

In the 99th minute, Bizzoni shot the ball to the bottom left, and Lentz was able to get the stop and save, forcing the game to go into another overtime.

In the second overtime period, the game was still much of the same, with both teams fighting to keep the other from scoring. Neither team was able to get the ball in the back of the net, forcing the game to end in a draw.

“I think we just constantly worked hard, and we worked for each other,” senior defender Jenna Lewey said. “We worked for the seniors on this team.”

The Huskies are back at home Thursday to face off against the University of Miami-Ohio Redhawks. Kickoff is slated for 5 p.m.