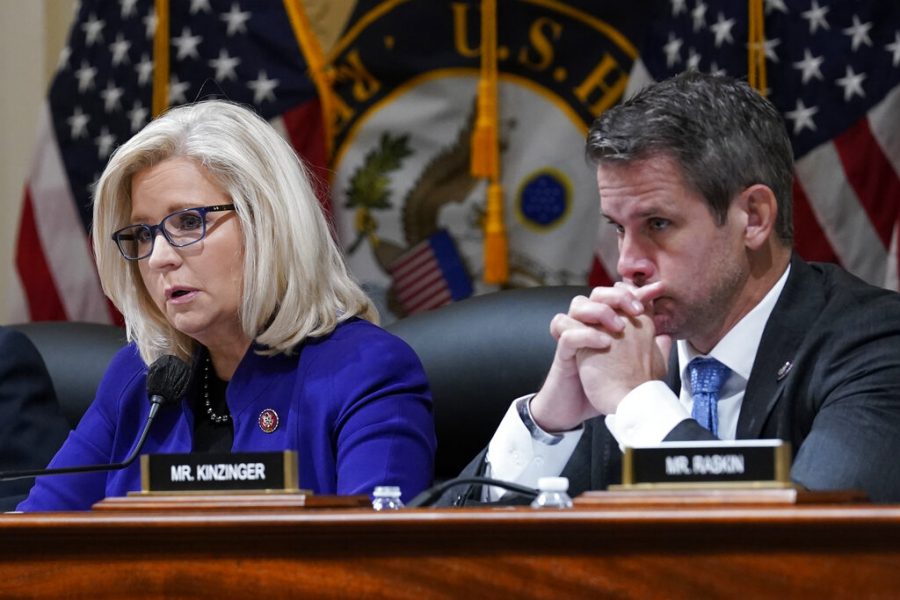 Rep. Liz Cheney (R-Wyo.), and Rep. Adam Kinzinger (R-IL.), listen as the House select committee tasked with investigating the Jan. 6 attack on the U.S. Capitol on Capitol Hill in Washington, Tuesday, Oct. 19, 2021. Kinzinger who’s been outspoken against the former President announced he would not seek reelection in 2022, but insisted this was not the end of his political future.