That Time I… adopted a barn cat 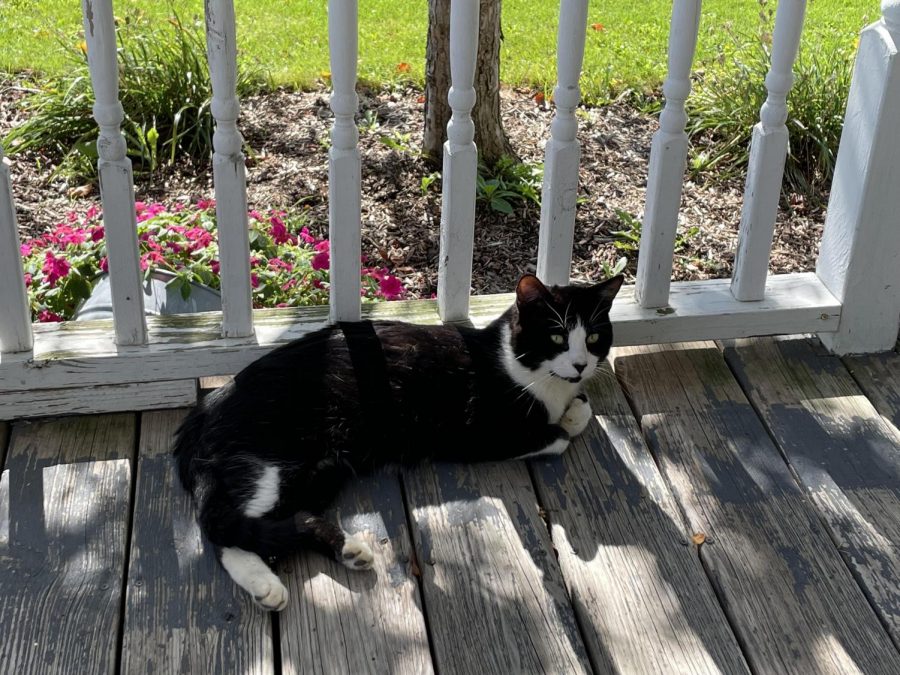 One of the hardest losses is that of a pet. In August, my 12-year-old dog Chloe died. Chloe was there from the time I was eight and her death left a massive hole in my life. For the next few weeks, I would look for her when I’d come home only to realize she wasn’t there. Time went on. I moved back to DeKalb for my senior year. Then, I got a call from my mom. Out of nowhere, a cat showed up at our barn.

When he first arrived, this cat was a bit on the skinny side but was nonetheless very friendly. It was obvious that he was used to people, but he didn’t belong to any of our neighbors. To this day, we have no idea where he came from. He immediately got my mom’s attention and love. Within a few days, my dad, a man who hated cats and never wanted one, was buying cat food.

Within two weeks, my dad built a shelf in the barn for this new cat, named Bob, to sleep on. Currently he’s working on ways for Bob to be comfortable during the notoriously cruel Illinois winters.

Since the middle of September, Bob has been living in the barn where he’s hard at work hunting mice. While my dad had several barn cats growing up, this is the first time I’ve ever had one.

In the two times I’ve been home this semester, I have gotten to see Bob, and he’s absolutely wonderful. While he’s good at hunting mice, he is also always ready to cuddle. Half the time Bob wanders our five acres, and the other half he spends lying around in the sun.

Nothing can ever replace Chloe. But it’s been great to have another animal around that isn’t livestock. Not only has Bob helped us slowly heal from the loss of Chloe, but when my family ships off our six pigs for meat processing on Nov. 12, it’s comforting to know there will still be an animal at home.

While I’m still learning about what it means to have a cat, when I come home for Thanksgiving break, I’m looking forward to seeing Bob again.