An overview of beloved holiday Halloween 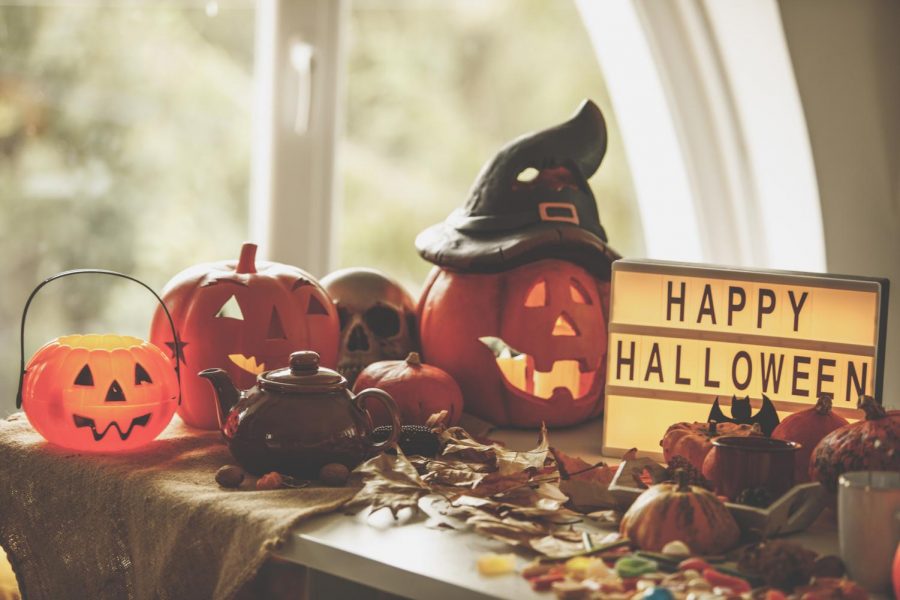 Front view of Happy Halloween elements placed on the table with decorative colorful pumpkins, dried leaves and tea pot against window in daylight.

Candy and costumes are all the rage on Halloween. It’s a great time to make memories with family, go trick-or-treating, attend a costume party, carve a pumpkin and more. These events are heavily associated with Halloween and celebrated in similar ways throughout the world, however, many people don’t know about the history of Halloween along with its cultural significance.

The origins of Halloween date back to the ancient Celtic festival of Samhain, which marked the end of the summer harvest and the beginning of winter, a time of dark and cold. Winters were associated with death, according to information from the New York Public Library. The Celtic calendar marked the new year on the first of November, and believed it was a time that the barrier between the world of the living and the dead became intertwined and that the dead were free to roam the Earth.

On Samhain, villagers would traditionally gather to light bonfires and wear costumes to ward off evil spirits and keep them away from the living. Sweets would be prepared as well. Early Christian leaders tried to impose their own holiday in an effort to stop people from celebrating non-Christian practices. Pope Gregory III made Nov. 1 a celebration of Christian martyrs and saints and deemed it All Saint’s Day. This later would become All Hallows Day and Oct. 31 would be called All Hallows Eve, then later be known as Halloween.

Despite efforts by the church to put an end to the tradition, people still celebrated and eventually the tradition made its way from Europe to America through early settlers. Originally people would carve out turnips and put candles inside, but it would later evolve to Americans carving out pumpkins instead. Borrowing from the European traditions, people would dress up and go door to door asking for food or money. It was only later with the rise of big candy corporations and the commercialization that we would get the Halloween that we are familiar with today.

Halloween is deeply rooted in European and American history. Every year from the big cities to small towns people dress up as ghosts, ghouls, characters etc. to celebrate and consume candy. History aside, many people also don’t know that Halloween is technically not a holiday. It is not an official religious or federal holiday, but considered a widely accepted celebration.

What if that changed? With it being an anticipated day for many, it would be amazing if it would be federally recognized and possibly another day off for workers. Halloween should be recognized as a holiday because it would leave more opportunities for parents to spend time with their children and supervise them in trick-or-treating.

Erik Gomez, a senior pre-physical therapy major, said because Halloween might pay for itself with the amount of money people put into candy, costumes and parties, it could be a paid holiday.

“It might be good for the economy and family and community bonding,” Gomez said. “I’d definitely be for it as long as it doesn’t hurt anyone.”

Halloween falls on a Sunday this year and is highly anticipated as many traditional Halloween festivities around the country will hopefully make a return after cancellations due to the COVID-19 pandemic.

“It’s become a holiday that many people partake in,” said Cruz Collazo, a sophomore biomedical engineering major. “It’s also a pretty good holiday for parents to spend time with their young children. So it being a paid holiday would definitely allow for more of that.”