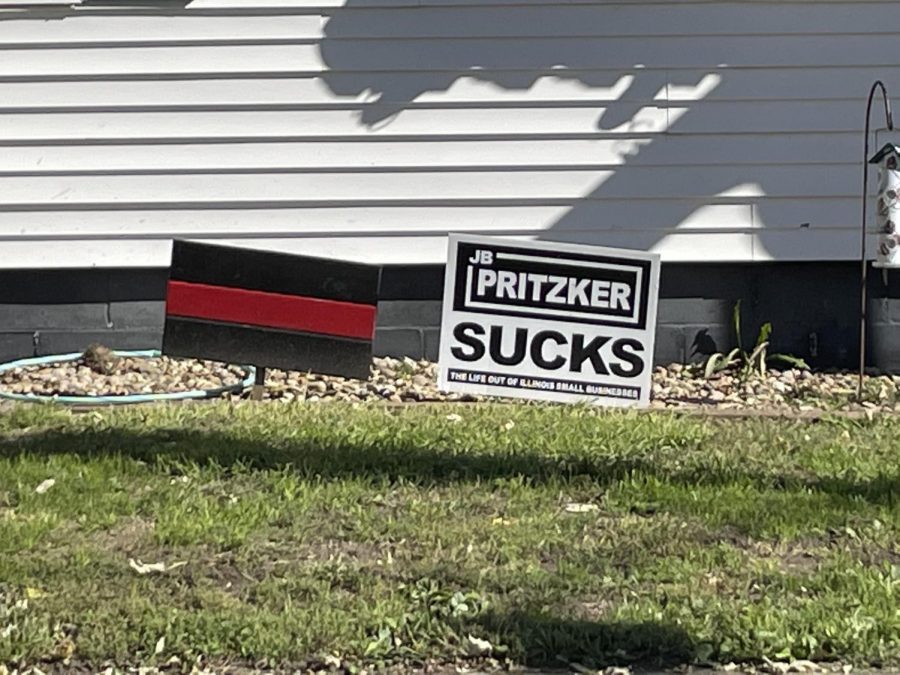 Photo taken in Farmer City, IL. Despite being a blue state with a Democrat governor, a majority Democrat General Assembly, mostly Democrat reps and 2 Democrat Senators, there is a growing resentment for the party in rural areas.

As the 2022 midterms approach, Democrats have the fight of their lives ahead. The party may have the presidency for the next three years, but their legislative control barely exists. With just a three-seat lead in the House of Representatives and Vice President Kamala Harris serving as the tie-breaking vote in the Senate, Democrats need to rethink their strategy, not just for the 2022 election but beyond.

The Build Back Better plan has been marred with moderates like Joe Manchin and Kyrsten Sinema clashing with progressives like Bernie Sanders over the bill’s overall cost and what should be included in it.

While the Senate passed the $1 trillion infrastructure bill on Aug. 10, it still needs to be passed in the House before President Joe Biden can sign it into law. And this bill’s passage can’t come soon enough, with one in five miles of road being in poor condition, according to the American Society of Civil Engineers.

These bills have been at the forefront of the Democratic Party. Every day that passes without progress is another day closer to losing legislative power. Biden ran on a platform that included economic reform and changes to America’s social programs. It would be nice to have those promises kept before Nov. 7, 2022.

While Democrats have a majority in the Illinois General Assembly, the rural areas of Illinois still very much vote Republican. Illinois has been a blue state every presidential election since 1992, but the Land of Lincoln is pretty red when looked at by county. By reaching out to rural counties that vote Republican, Democrats can improve their chances in future elections. But this is easier said than done.

“It will be difficult for the Democratic Party to make inroads in rural America,” Clark said. “On cultural issues such as abortion, gun control, gay rights, issues often cited as part of the Culture Wars narrative, the party’s position is counter to those found among rural voters.”

One step Democrats can take is to engage in elections that normally have no competition. In 2020, 44% of state legislative seats, 60% of judicial seats and 80% of local elections ran unopposed, according to Ballotpedia.

Democrats must step up their game, fulfill their promises and work on grabbing local seats. Otherwise, they not only risk losing the midterms, but they’ll continue to lose elections on the local, state and federal level. And, if their economic and social goals aren’t met, they could potentially lose the White House come 2024.