Editorial: Trial of Kyle Rittenhouse should be based on merits not rhetoric 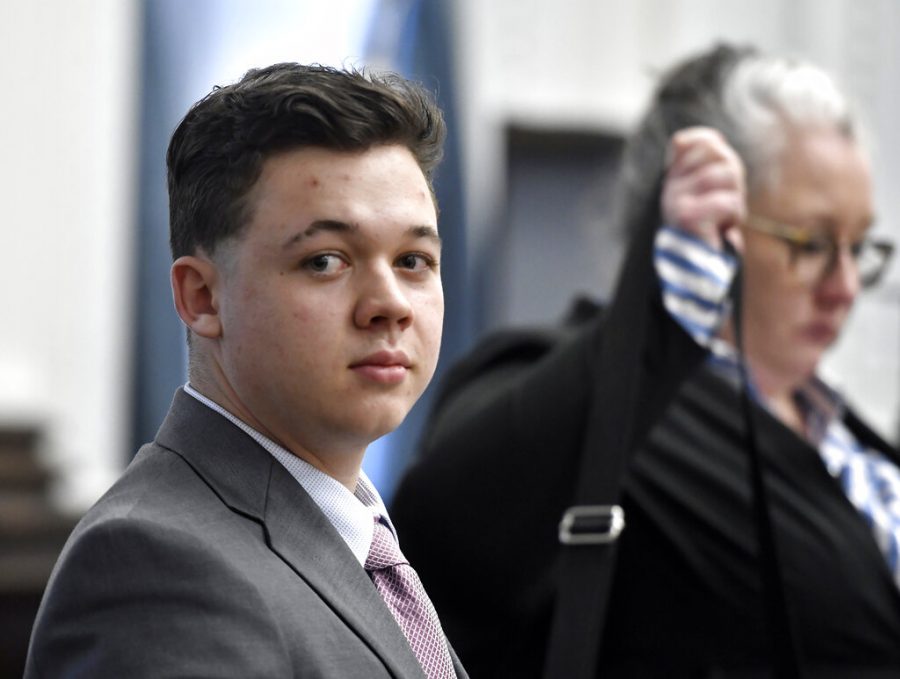 Kyle Rittenhouse looks back at the gallery in the courtroom as the room is let go for an afternoon break at the Kenosha County Courthouse in Kenosha, Wis., on Monday, Nov. 1, 2021. Rittenhouse, an aspiring police officer, shot two people to death and wounded a third during a night of anti-racism protests in Kenosha last year.

Nearly 14 months removed from the news headlines, the trial of Kyle Rittenhouse has made national headlines once more as news surfaced that Rittenhouse’s defense team successfully argued that prosecutors cannot refer to the three people who were shot as “victims,” according to CBS News.

Kenosha County Circuit Court Judge Bruce Schroeder also ruled in favor of the defense to label the three as “arsonists,” “looters” or “rioters” if the defense could prove the connection. As the trial commenced Monday, the Northern Star Editorial Board encourages its audience to focus not on the rhetoric used in the courtroom but the facts of the case.

The term victim is not subjective. Merriam-Webster dictionary defines a victim as “one that is injured, destroyed or sacrificed under any various conditions.” Anthony Huber, 26, of Silver Lake, Wis., Joseph Rosenbaum, 36, of Kenosha and Gaige Grosskreutz, 26, of West Allis, Wis., all meet that definition.

“This is a case about what the defendant did that night,” Kenosha County prosecutor Thomas Binger said to the Associated Press. “I’m concerned this will be turned into a trial about what law enforcement did or didn’t do that night.”

The Northern Star Editorial Board echoes that fear. The actions of the police in Kenosha that night should be examined, scrutinized and corrected, but a murder trial is not the forum to have this conversation.

Rittenhouse allegedly drove across state lines to a town he had no direct affiliation with and then fatally shot Rosenbaum and Huber and injured Grosskreutz. That is what this case is about.