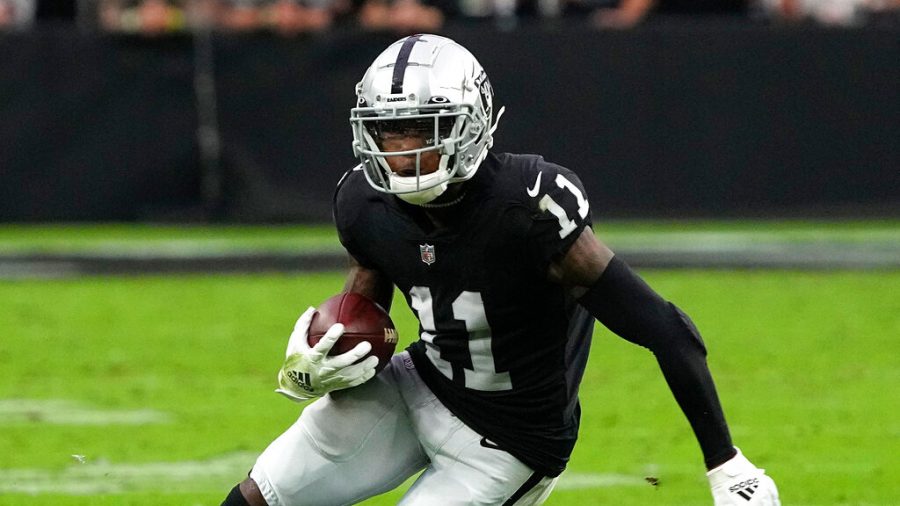 Las Vegas Raiders wide receiver Henry Ruggs III (11) during the second half of an NFL football game against the Philadelphia Eagles, Sunday, Oct. 24, 2021, in Las Vegas.

1. Aaron Rodgers out with COVID-19

Green Bay Packers quarterback Aaron Rodgers tested positive for COVID-19 on Wednesday, meaning he will be inactive for the Packers game Sunday against the Kansas City Chiefs. Rodgers stated a July news conference that he was “immunized” against COVID-19. A Nov. 3 CNBC report stated that Rodgers was receiving “homeopathic treatments from his personal doctor to raise his antibody levels.” It is unclear yet if Rodgers and the Packers organization will face penalties from the league offices and whether Rodgers will be able to play against the Seattle Seahawks in Week 10.

Las Vegas Wide receiver Henry Ruggs III was charged Tuesday with driving under the influence resulting in a death and reckless driving after his Corvette collided with a Toyota RAV4 driven by Tina Tintor of Las Vegas. Tintor and her dog were trapped in the car as it was burning and were unable to be rescued by first responders. Ruggs was traveling at 156 mph with blood alcohol content of 0.161, double the legal limit. Ruggs was released Tuesday by the Raiders and faces multiple felony charges that may end his football career and see him locked up for a significant amount of time.

Sunday was a rough day for many star athletes as they suffered injuries that may keep them out for multiple weeks or the rest of the season. Tennessee Titans running back Derrick Henry suffered a broken bone in his foot during Sunday’s 34-31 win over the Indianapolis Colts. Henry underwent surgery and is expected to be out for the season but could return if the Titans make a deep playoff run. New Orleans Saints quarterback Jameis Winston suffered a season-ending knee injury in which he tore his ACL and damaged his MCL. Quarterback Taysom Hill will take his place as the signal caller for the Saints.