Feelings on Midwestern winter after growing up in the South 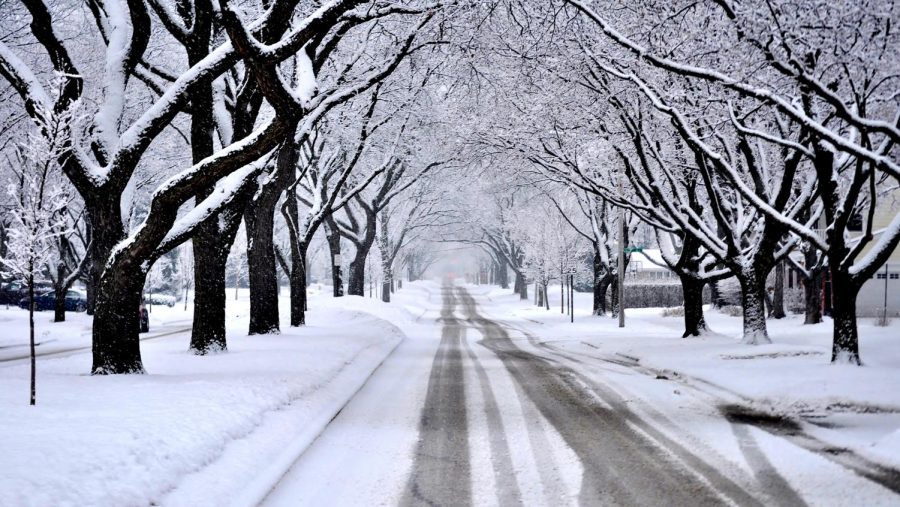 Snow covers a road and trees.

Illinois residents have grown accustomed to harsh winters and heavy snowfall, but my experience is different.

Growing up in the South, I would dream of snow days, as all the kids would. We had seen plenty of movies like “Home Alone” and “The Polar Express” that made us envious of the kids who had snow on Christmas. In our school calendar, we would have a day or two reserved for the rare occurrence of snow. School would be canceled because we didn’t have snowplows, and the snow would usually be gone the next day.

When I was in the 6th grade, it snowed on a Friday which happened to be my birthday. School was canceled, and my birthday became even more special. When I was a sophomore in college, and I lived in Texas, we had one day when it snowed for a few hours. There was just enough snow for students to build one snowman at the university.

When I moved to Illinois, I wasn’t prepared for the winter. It was the middle of December, and I didn’t own a heavy jacket, snow boots, a snow brush for my car, hand and toe warmers, gloves, or any of the essential winter gear. I got my first pair of snow boots from an older coworker, who insisted on buying them for me. I used my first paycheck at that job to buy a winter coat and snow brush. I started investing in warmer clothing because, for most of my life, I didn’t need long sleeve shirts or beanies.

My first time driving in snow was hectic. My car slid all over the road, and thankfully, no cars or people were around. I had to adjust my morning routine to make time to defrost my car, so I wouldn’t be late for work. All the adjustments that residents of snowy states already understood were things I had to learn. I realized that visiting a place where it snows or seeing snow once in a blue moon is much different from living in a place where it snows all winter.

Now that winter is approaching, I know snow is coming. I don’t have the same feeling about snow as I did as a child; however, on some days, when it’s snowing and not slushy, the snow here looks just as beautiful as it did in the movies.